Some spots in Italy are so familiar I can rattle them off without a second thought.

But like any destination worth seeing, Italy is more than meets the eye. Sure, you could visit on a cruise and see some highlights and landmarks in the big cities.

But to experience authentic Italy, it takes time and a willingness to leave the well-worn trail behind…

It was a treat to find this lesser traveled road while I made my way through the Umbria region. Though I was there for TBU, the moments I spent away from the conference on walks in Perugia and Assisi were some of the most picturesque & photogenic I’ve seen in Italy to date.

Umbria is bordered by Tuscany to the west, Marche to the east and Lazio to the south. It is one of the smallest Italian regions and the only peninsular region that is landlocked.

Umbria so happens to be smack in the middle of peninsular Italy. For all you Floridians, it’s a bit like the Italian Orlando – location-wise only. There are no theme parks, roller coasters or cartoon mice here — just rolling green hills, expansive Lake Trasimeno and miles upon miles of planted fields.

While I spent my nights at the conference hotel, next time I’m back in Umbria I want to rent an apartment in Perugia, the university town made infamous by the trial of an American student charged with murder, or historic Assisi whose Basilica has the world’s best medieval art collection frescoed on the walls.

What could be better than soaking up the real Italian way of life for a day or a week or a month?!

Not that my waistline can afford a casual month in Italy. I’m still losing the weight I put on last year in Umbria.

Around every corner here you’ll find a most lovely view, a picture awaiting your shutter’s click, a scene previously only alive in your imagination, fueled by old movies and Hollywood’s sepia treatments.

All roads may lead to Rome, but don’t forget to swing by Umbria on your way there. It’s well worth a visit for the photos, the food and the feeling of untouched, authentic Italy.

Are You Not Entertained?! My Day as a Gladiator in Rome
Angie and the Chocolate Factory
SHARE AWAY
JUMP TO COMMENTS 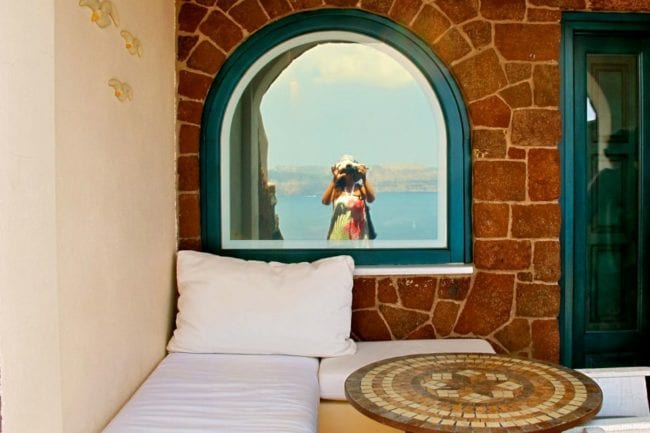 18 Months of Travel: My Most Practical Tips