Until I started researching the Brooklyn Bridge before I attempted to cross it last week, I’d never thought about what a feat it was to build. In NYC, surrounded by marvels in every direction, it’s easy to overlook one that’s 125 years old and that blends so seamlessly with all the other buildings and structures that make the Big Apple so big. 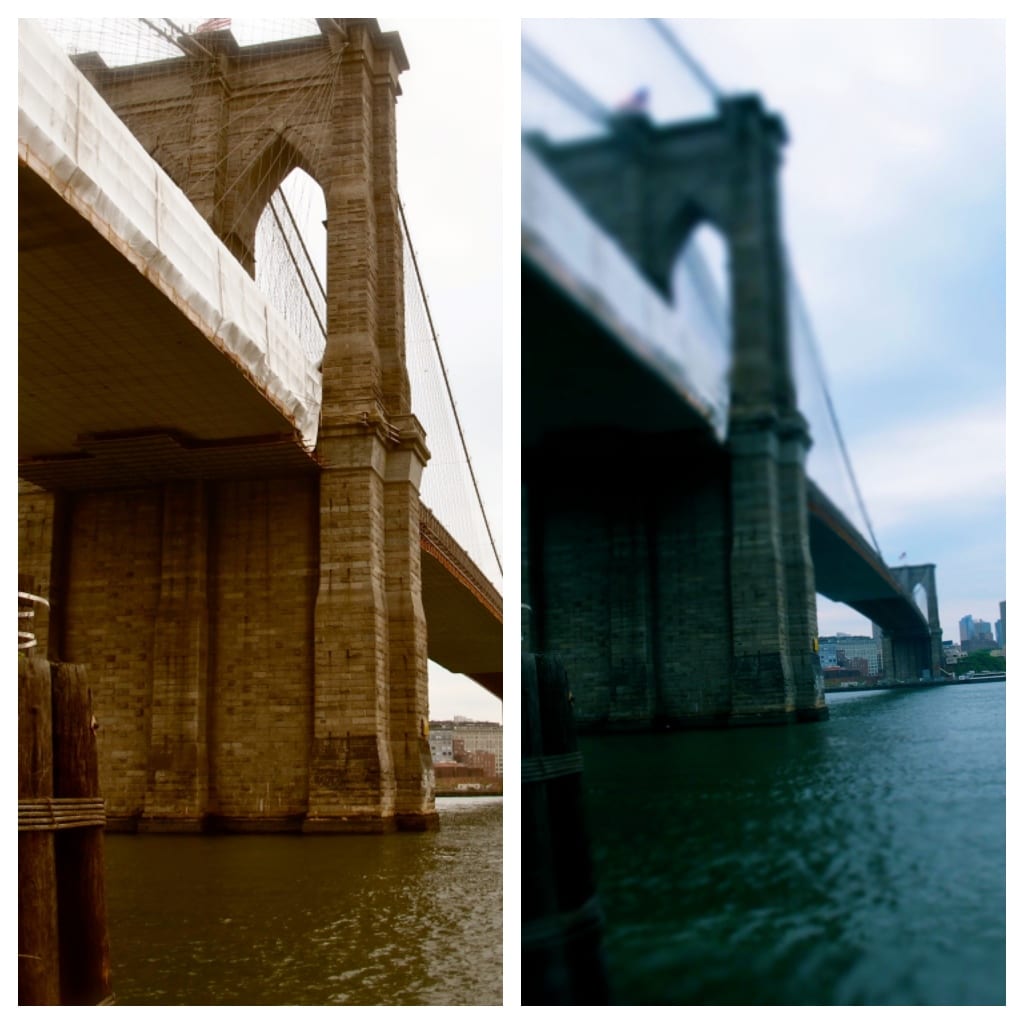 Last week while I was in NYC for meetings (and a little bit of fun), I spent some quality time downtown where I finally wandered under, around and on top of the Brooklyn Bridge. With so many things to do in New York, it’s no wonder I never got around to crossing it while I lived there.

How I ever managed to overlook this area’s particular charms defies explanation. 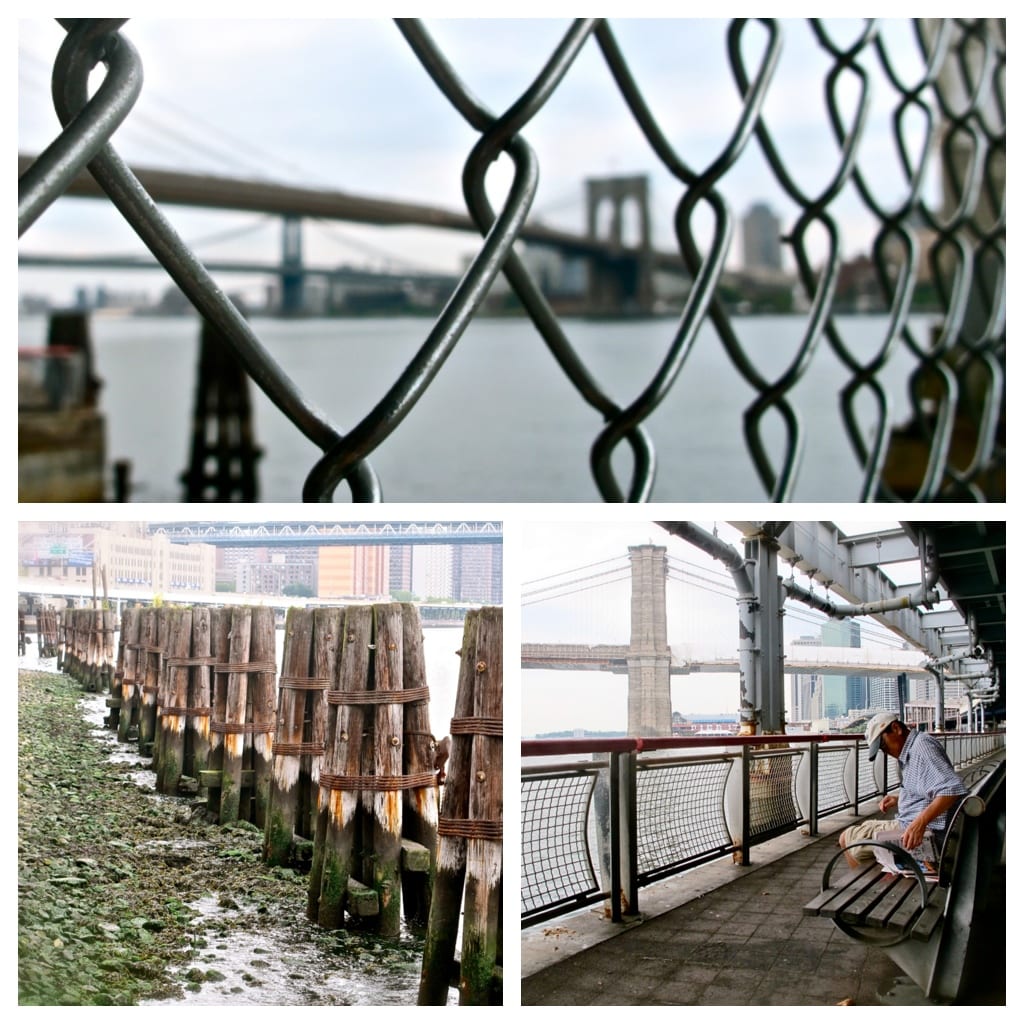 After almost two decades of construction and some freaky, curse-like mishaps on the Roebling family who designed the bridge, the New York and Brooklyn Bridge, as it was then called, opened to much fanfare on May 24, 1883 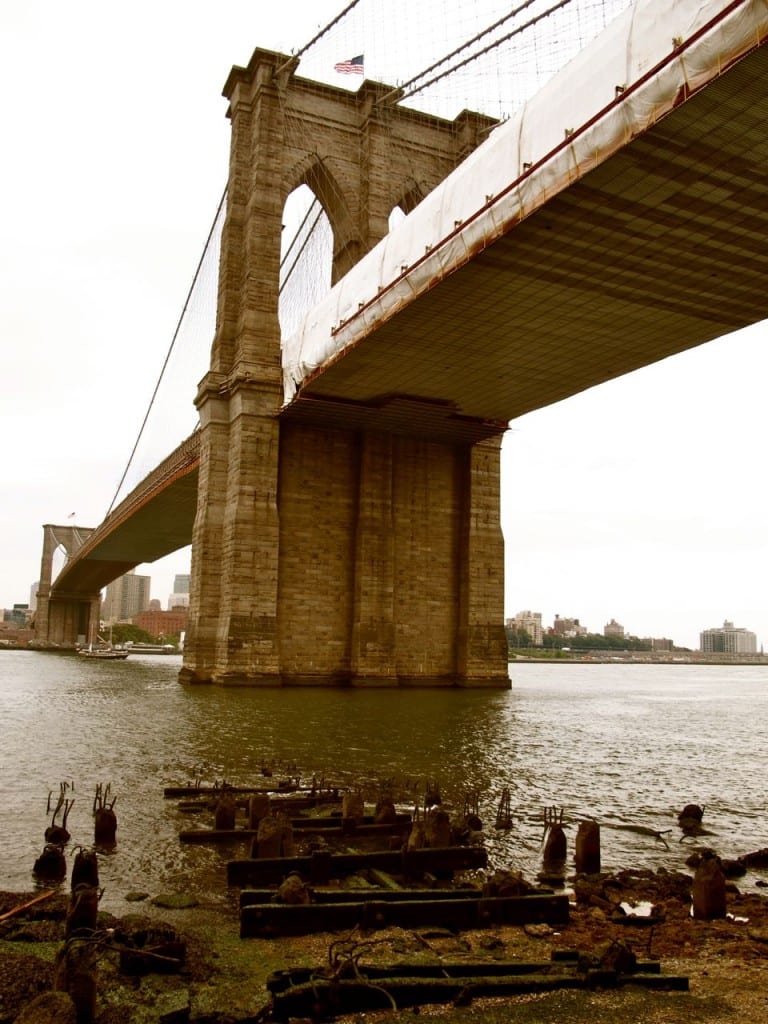 It was the largest suspension bridge in the world at the time and the only link aside from the ferry from Manhattan to Brooklyn. More than 4,000 pedestrians and 3,100 cyclists every day cross the Brooklyn Bridge. 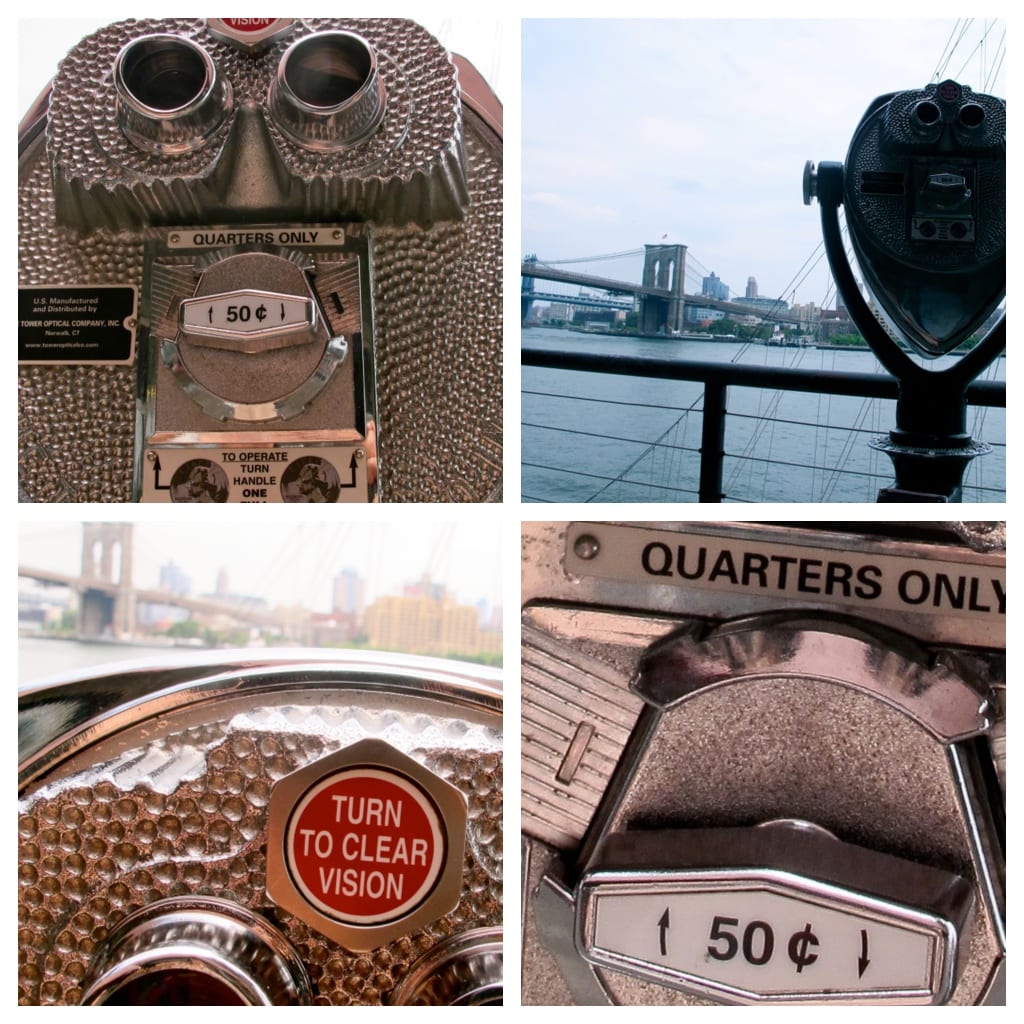 The bridge’s main span over the East River is 1,595 feet 6 inches (486.3 m) and the crossing is a must if you’re visiting. It’s free, there are no lines and there are some amazing photo opportunities.

Chinatown, just a few minutes from the Brooklyn Bridge and my home base during my visit, is home to the largest enclave of Chinese people in the Western hemisphere.

The Roeblings built the bridge 6 times stronger than it was required to be and many suspect that’s why it’s outlasted many other contemporary structures. 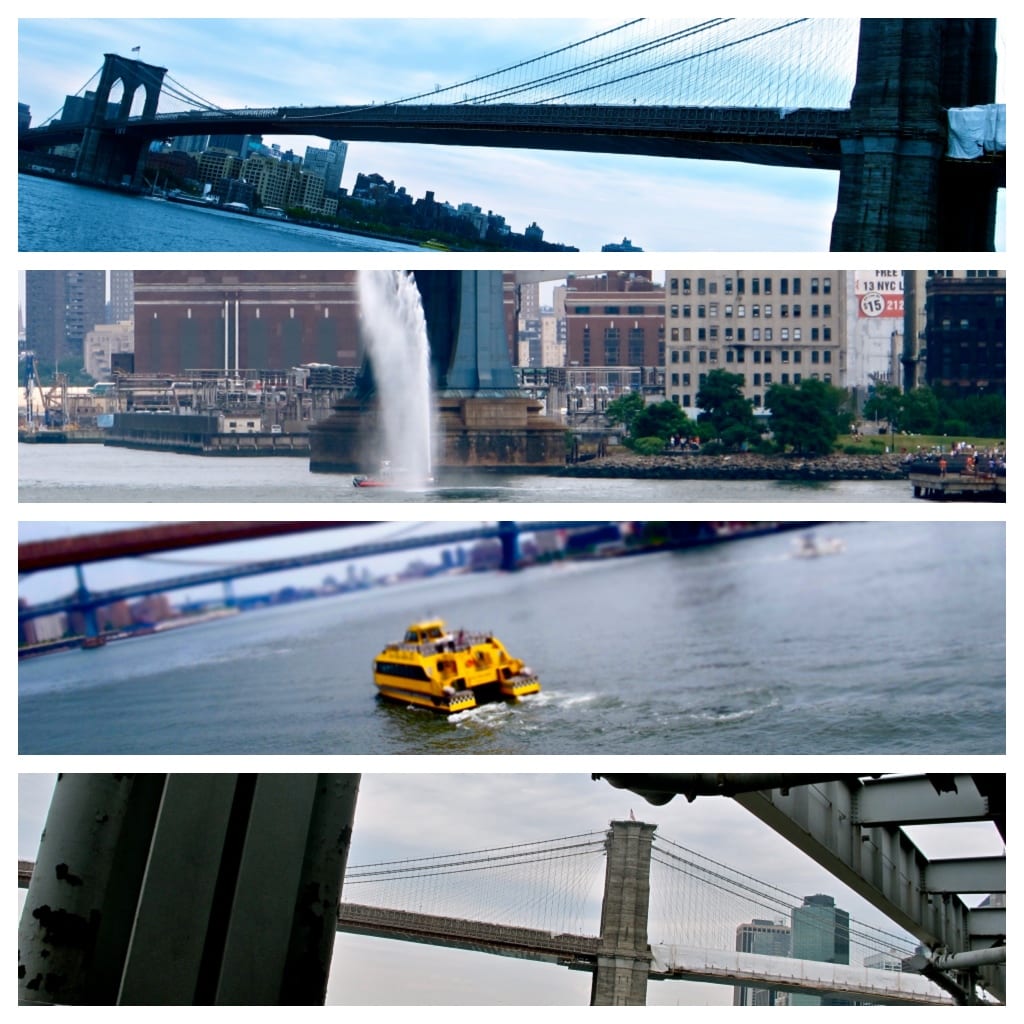 There’s no shortage of vantage points if you want to go on a little photo walking tour.

Also steps from the Brooklyn Bridge is the South Street Seaport and the surrounding streets featuring some of the oldest architecture in downtown Manhattan, including the largest concentration of restored early 19th-century commercial buildings in the city. I spent a few hours shopping, lunching and photographing before scaling the bridge…

After 5 years living in NYC, it might surprise you that I never attempted to cross the Brooklyn Bridge until my visit last week. I took the photos above while wandering from Chinatown toward the South Street Seaport, then meandered toward the bridge’s pedestrian entrance while Mister Softee trucks tempted me at every corner. 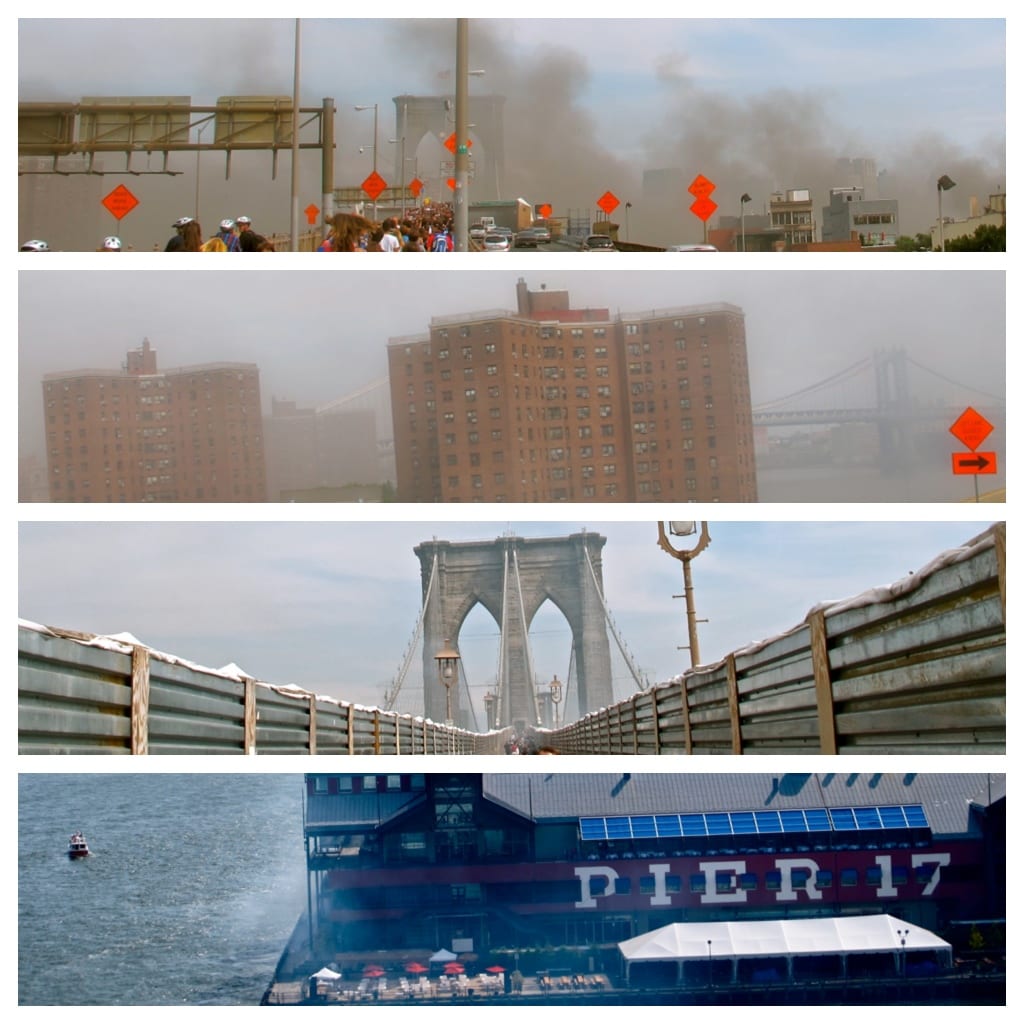 By the time I went from the Seaport to the Bridge, the spot where I’d been standing and taking photographs had gone up in flames and the entire Seaport had to be evacuated. Downtown was thick with smoke and sirens. Fortunately no one was hurt and the NYFD was able to contain the fire with not too much damage to the Seaport. 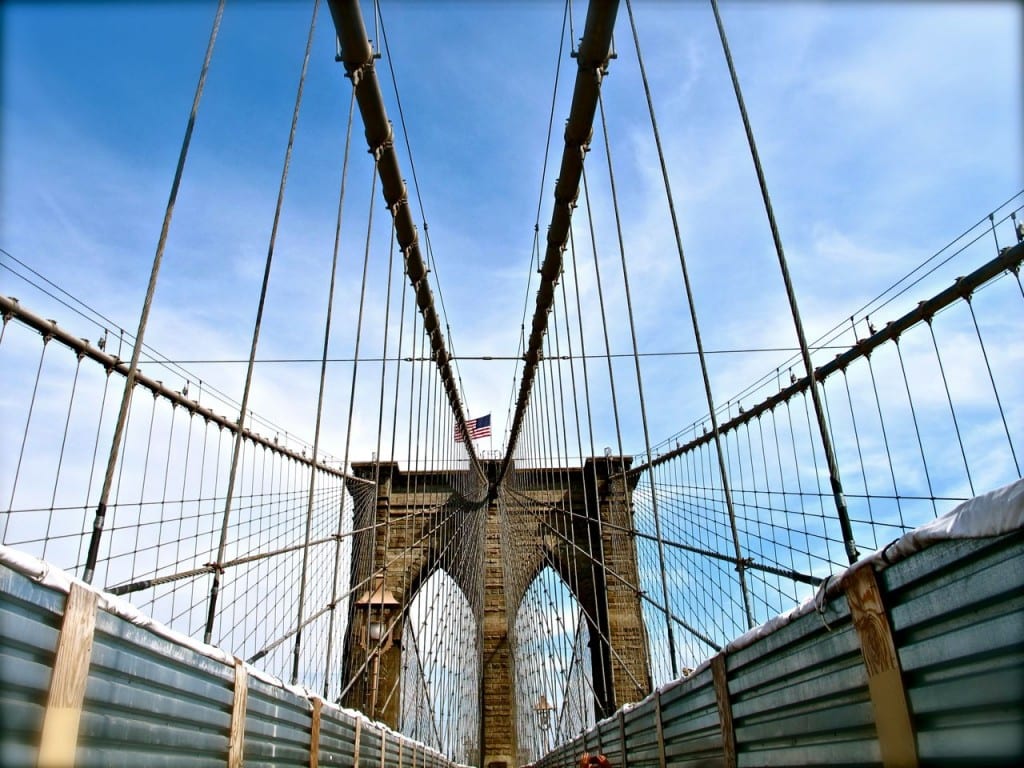 Once the smoke cleared, I experienced the Brooklyn Bridge, finally, for myself. And it was worth the wait.