As the 4th most visited city in Europe, Barcelona deserves much more than a 48 hour visit. If you only have a short time though, you can still hit a few highlights. Just don’t forget the churros y chocolate!

1. The Sagrada Familia. Arguably the largest unfinished tourist draw in the world, the Basílica i Temple Expiatori de la Sagrada Familia (Basilica of the Holy Family) has been under construction since 1882. And it’s STILL NOT FINISHED. Construction past the mid-point, get this, in 2010, and architects expect it to finally be finished in 2026. 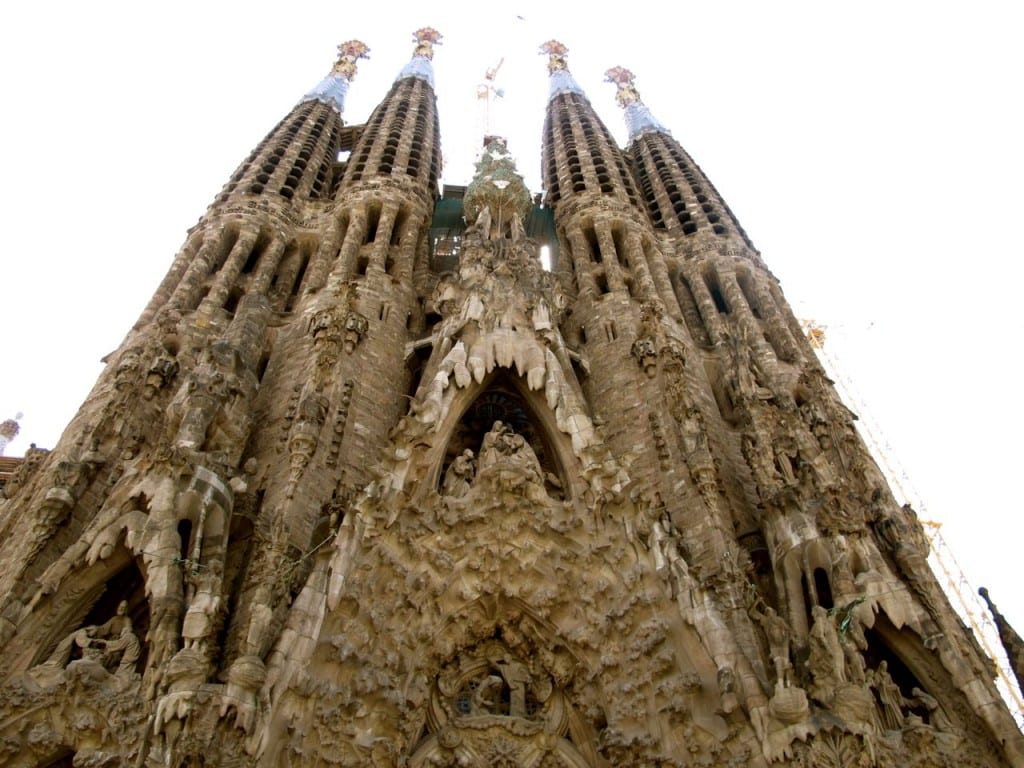 Ornate may be too gentle a word for the Sagrada Familia

Don’t get me wrong about the Sagrada Familia, though. Unfinished or not, it’s magnificent and well worth a visit. I tend to get a bit burned out on cathedral after cathedral… but this one looks different than any other I’ve ever been to. 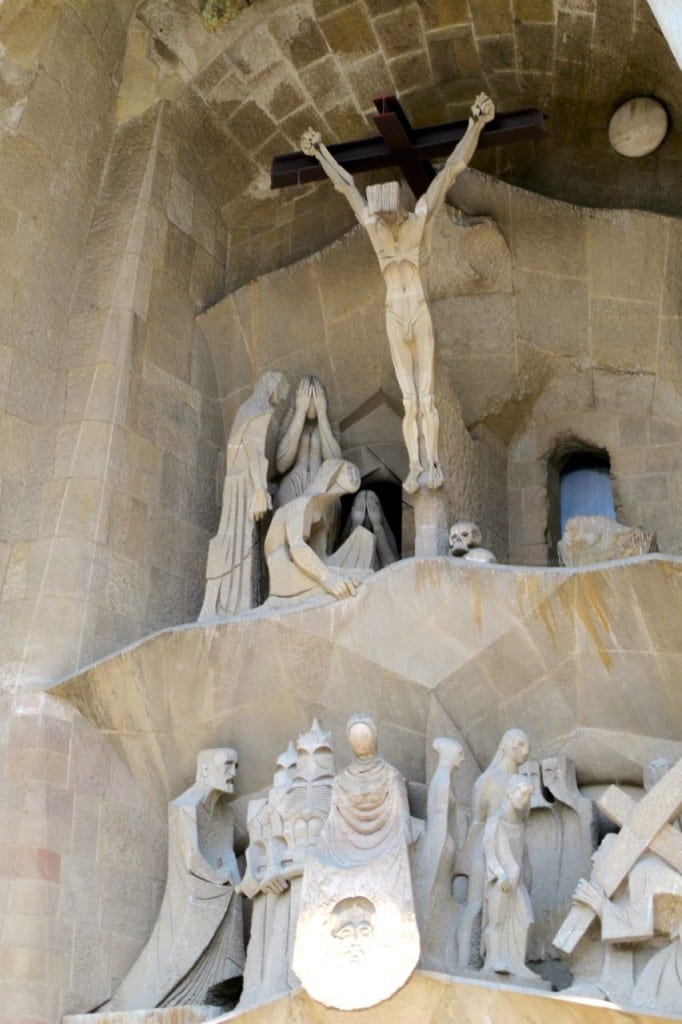 Some of Gaudi’s sculptures

The basilica’s principal architect and designer, Antoni Gaudi, oversaw construction from 1883 until his death in 1926. The Spanish Civil War lead to some hefty delays after that, and construction picked up again in the 50s. Only recently did the Pope pop over to consecrate it as an official religious site capable of hosting Catholic mass. 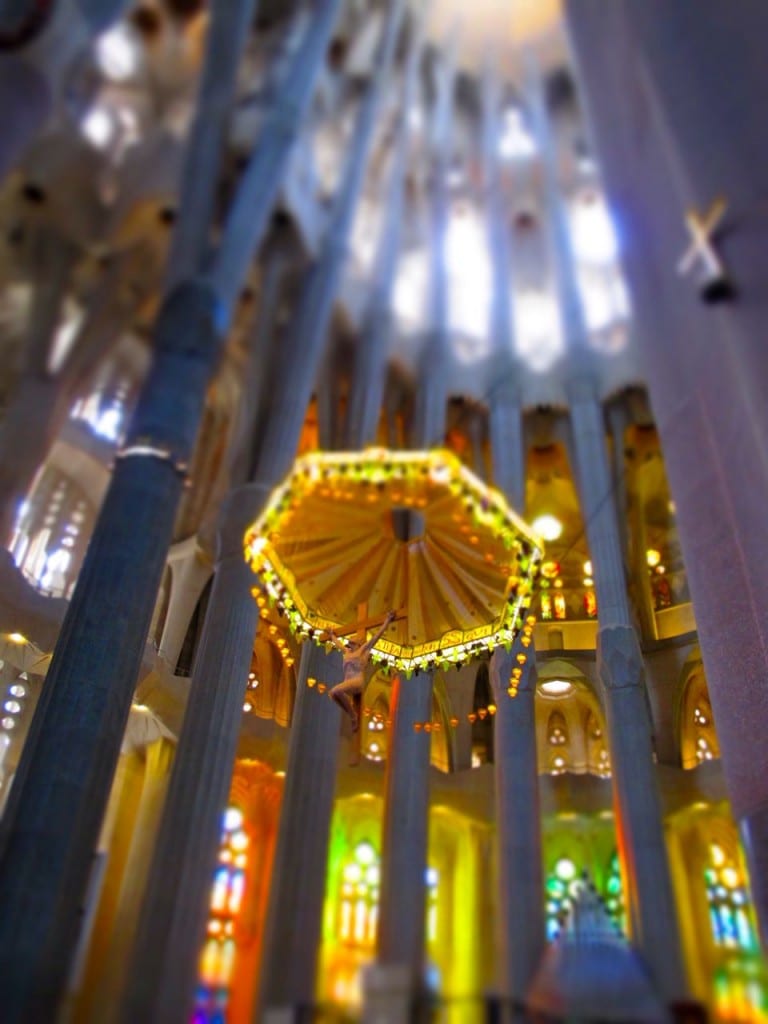 You could probably spend ages under the tutelage of a Gaudi expert and never comprehend the symbolic details present in every nook & cranny of the Sagrada Familia. To me, it’s more like a piece of art than a church. Maybe that was Gaudi’s idea all along.

2. Pinxtos, churros, sangria. Repeat. There were four travelers in my own little Barcelona familia – Nicole & Anthony from Western Oz who I met in Ios; Jen, a friend from Orlando; and me. Collectively, we had one main priority: eating delicious Spanish food, and lots of it. A great place to start is La Boqueria, Barcelona’s most famous street market. La Boqueria has been around since 1217, albeit standards of hygiene have thankfully changed since those days. Today, La Boqueria is the best place to go for lunchtime snacks and nibbles. Wander from stall to stall, tasting the freshest local meats, veggies and fruits.

But save room for dinner!  Each night, we’d walk miles until we found just the perfect restaurant. Believe it or not, tapas are a Basque thing, not a true Spanish thing, but we ate them quite a bit anyway. Fresh seafood is also huge in Barcelona, so don’t miss the famous oysters.

And don’t even think about coming to Barcelona without stopping to share sangria on a rooftop bar or terrace. The people-watching near La Rambla is choice.

3. Shop. I HATE SHOPPING. Shopping is not usually something I get into… at home or abroad. In fact, I hate when guidebooks tell me a place has great shopping. So what?! However, having worn the same grubby clothes for months, the moment I laid eyes on the mall near my hotel, something snapped in my brain and I spent a few, ahem, hours, adding to my wardrobe. 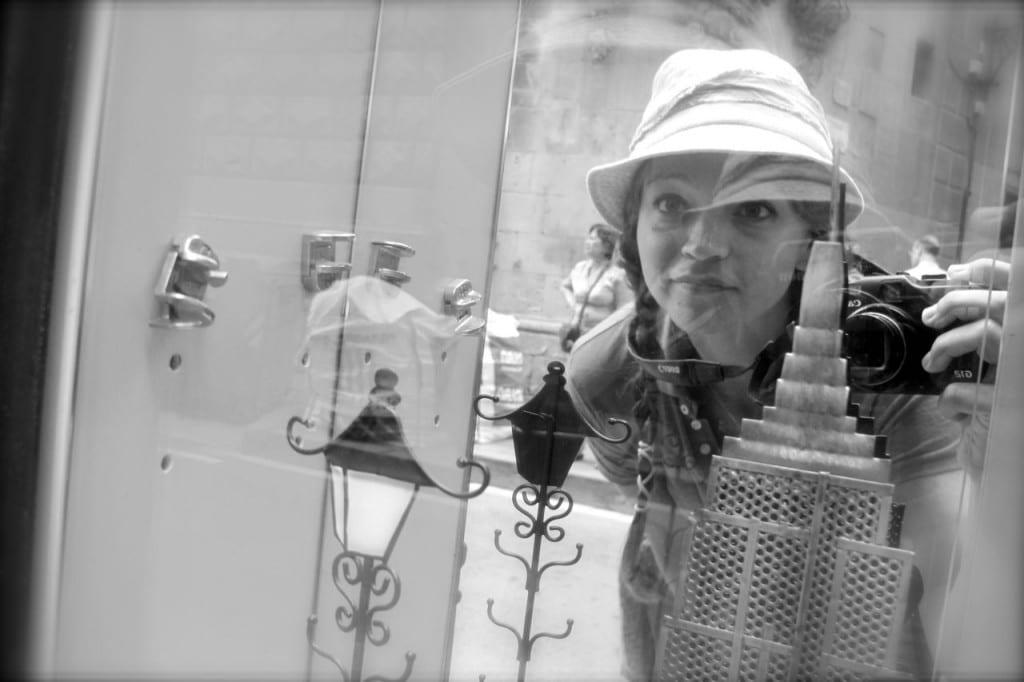 Just nosing around another shop

How I’d fit it into my suitcase was another matter…Needless to say, Barcelona has a variety of shops you won’t find at home. If you must spend, it’s not a bad place to do it.

4. The Magic Fountain of Montjüic. Critics say the colorful, musical fountain is too Disney-fied, and maybe that explains why our visit was one of my favorite nights in Barcelona. The fountain’s first performance was way back in 1929 if you can believe it. Though it was renovated for the Olympics, much of the original machinery is still used. 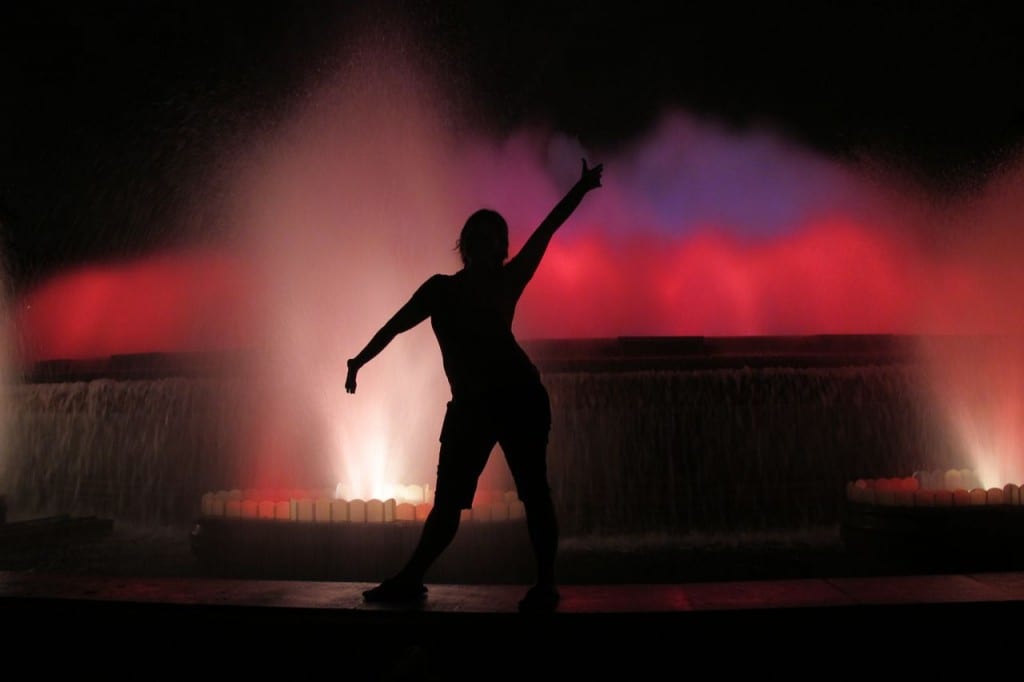 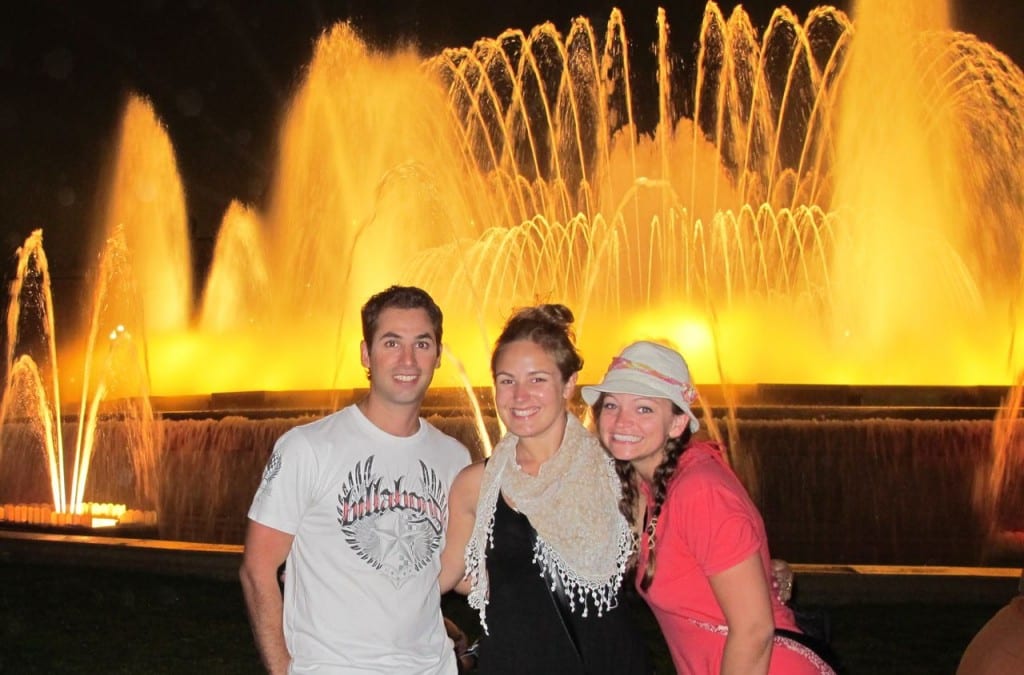 1. Watch out for pickpockets. After Athens, Barcelona is particularly known for its sneaky stealers, especially on the tourist heavy Rambla. Be very, very careful. Don’t put your bag on the back of a chair, or even on the table, and always make sure it’s zipped.

2. Use public transportation. Flights to Barcelona are easy to find of course, so getting there is a snap. Jen & I stayed outside the city near the convention center, but on the city bus it was only about 15 minutes to get to Montjüic. It’s easy enough to get around on the buses, and even more so on the metro. Infinitely more navigable than NYC’s subway!

3. Dress like a local. Despite the fact that you can drop your top as soon as you hit the city’s beach, the rest of the town is much more conservative. That means no short shorts or beachwear in the city. And cover up your goodies, particularly at religious sites.