London is rapidly becoming my favorite city for multi-day layovers, partly because I’ve amassed heaps of friends who live there during my year of travels but also because it has some of the best hotels and restaurants in the world. And for someone who planned to skip Europe this year (except Greece), somehow I’ve now managed to hit London a record FIVE times. Since July. I think we may have a full-blown addiction on our hands, folks.

When I’m not staying with friends in Thames Ditton or Camden, you’ll find me at the hotels below.

My brother Alex joined me in London for a two week jaunt around Europe and we chose to stay at The Langham, known as Europe’s first ‘Grand Hotel’ since its opening in 1865. Yes, Abraham Lincoln was alive when this hotel opened. It was the first hotel to feature hydraulic lifts and air conditioning and also boasts a reputation as one of England’s most haunted hotels. (Fortunately we were not aware of this distinction until after we left. Poor Alex is a bit of a wimp when it comes to ghosts and the like.) 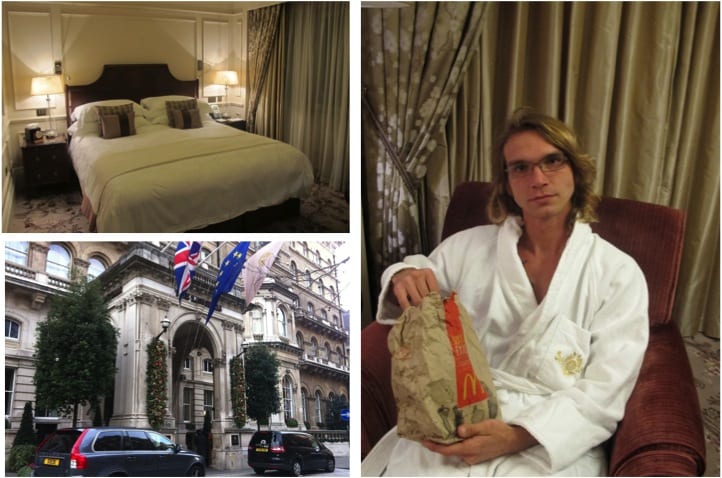 If you’re looking for a classy (see McDonald’s & plush bathrobes as modeled by little brother) place to stay during your visit to London (maybe for the 2012 Summer Olympics), the Langham is a really obvious solution. Centrally located in the West End, the hotel is just steps from Regent Street, Bond Street and Oxford Street, and is easily accessed via the Oxford Circus tube station. It’s a 5-star joint with all the trimmings – subtle, luxe decor, historic digs and killer food. We were in and out so fast, we didn’t have time for dinner onsite, (plus, there was a gorgeous wedding reception going on when we checked in complete with ball gowns and tuxes, so we felt a bit under-dressed) but the breakfast was beautifully presented and delicious. 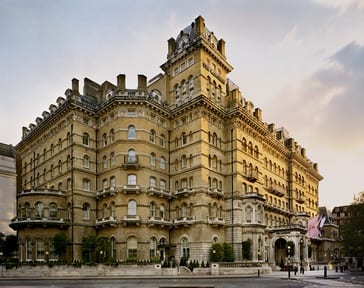 We stayed in a Grand Junior Suite on the 7th floor, complete with a flat screen TV, huge soaking tub and lavish bedding. My brother said it was the best sleep he had during the trip and I have to agree. There’s also Chuan Spa onsite, but again, we had no time to partake in treatments or to swim in the indoor pool. Next time…

What I love most about The Langham is that it has 140 years of history built in. In the Victorian era of course it was the height of fashion, it was damaged by bombs in World War II and was occupied by the BBC at one time. If you are a literary nerd like me, you’ll be just as excited as I was to know that Sir Arthur Conan Doyle not only stayed at the Langham, he also included it in some of his Sherlock Holmes tales. Other guests have included Mark Twain, Napoleon III, Winston Churchill, Charles de Gaulle, Princess Diana, Emperor Haile Selassie and stylish divorcee Wallis Simpson. And of course, Angie & Alex Orth.

Downsides are minimal, but there was no free in-room WiFi which you know is a huge pet peeve of mine. Otherwise, no complaints!

For information on rates at The Langham, click here.

Where The Langham is grand and luxurious, The Draycott is elegant, intimate and private. Located near Sloane Square between Chelsea and Knightsbridge, The Draycott is a boutique hotel comprised of just 35 rooms overlooking Cadogan Gardens. 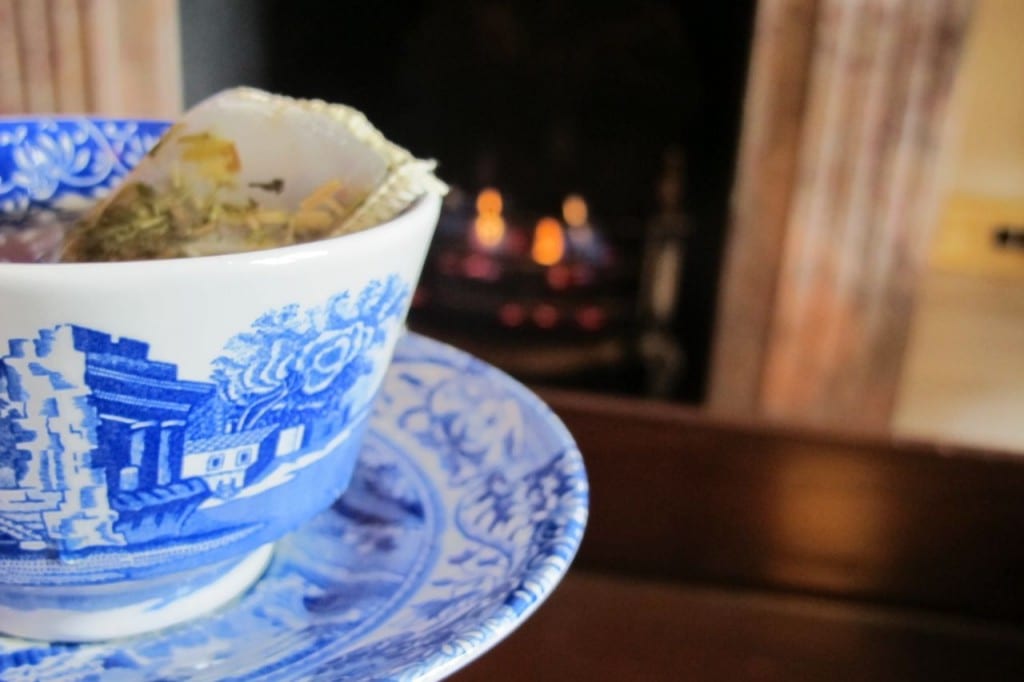 Tea time by the fireplace

I’ve stayed in dozens of hotels this year, but The Draycott really blew me away in two areas – little details and excellent staff & service. I visited in early October on my way to Egypt, heading there directly after my arrival at Heathrow. I was exhausted and in need of nothing more than a bed and a shower to quickly get past my jet lag.

What I found at The Draycott was so much better than “just a room.” At check-in, there were fresh baked goodies and chocolates in my suite, which had a cavernous bathroom, heated towel bars, soaking tub, full-sized kitchen, washing machine, remote controlled fireplace and yes, free WiFi. So, essentially, it was the comfy, luxurious home I keep wishing I had but always have to leave after a day or two!

I could’ve stayed at The Draycott forever, and I think the staff was a little worried when I announced I was never leaving. 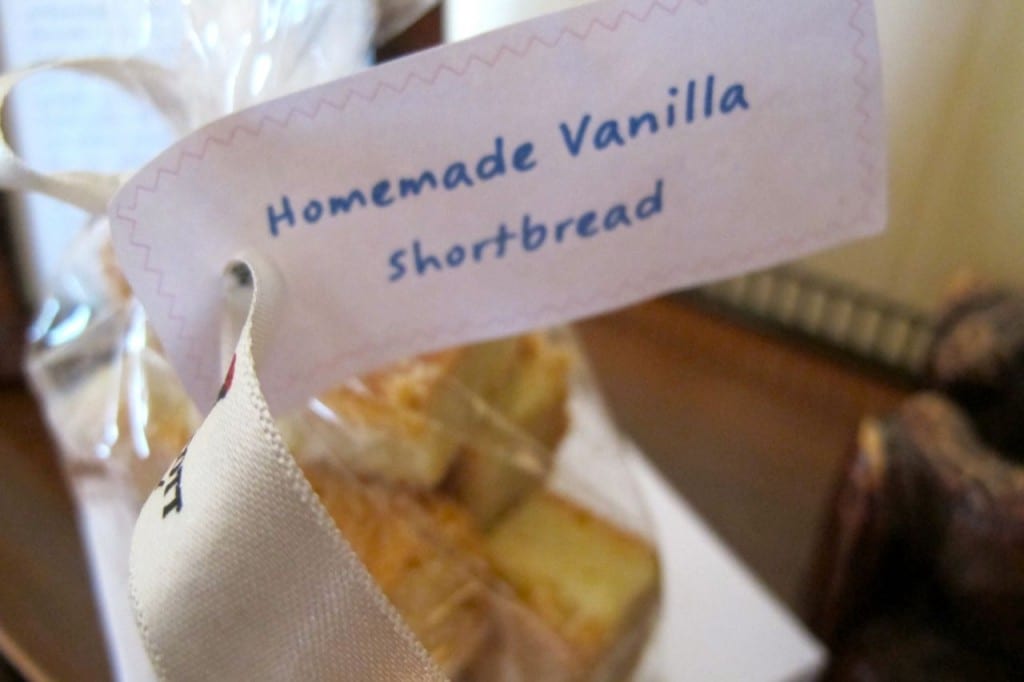 Not so good for the waistline, but worth the little splurge

Every day there are set times for complimentary tea, biscuits, hot chocolate and Champagne in the drawing room, and the honesty bar is open should you like to pour a nightcap after a late evening dancing in Sloane Square. (Not that I know about that from experience…)

Everyone on the staff knew my name, so I felt at home almost at once. I learned in our conversations that most of the hotel was booked earlier this year for guests attending a very special event – the Royal Wedding! Yes, it’s that good.

I was given the Agatha Christie room and if I didn’t adore the city of London so much, I would’ve hidden out there my entire 48 hours prior to departing for Cairo. It was warm, welcoming and cozy, not at all what you’d expect from an easily accessible big city hotel. I loved my stay there so much, I had to invite my London pal Hannah, who I met in Mykonos, to have a sleepover. It was just too good to keep all to myself (like these hotel deals)! 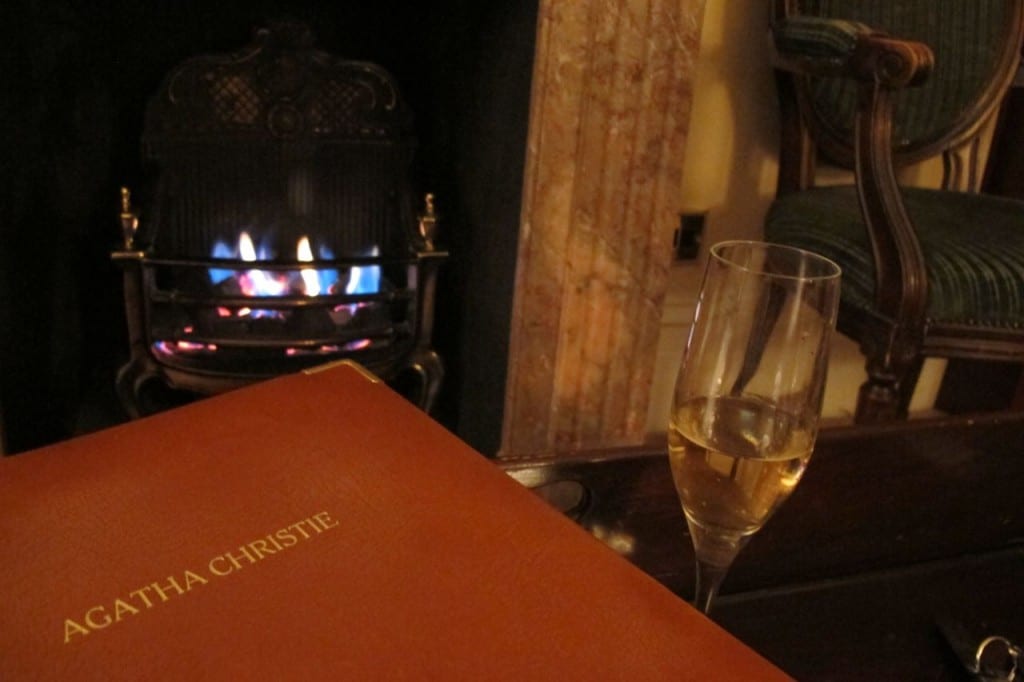 For information on rooms and rates at The Draycott, click here.

*Stays were complimentary. Thanks to The Langham and The Draycott for hosting me!

4 thoughts on “Where To Stay | London”