Jen & I had one heckuva time making the whole Running of the Bulls thing happen. It took us quite a while to figure out that the trains from Barcelona to the Navarre region were all booked, as the train station queues were hours long, no timetables were posted and all the signs were in Catalan, not Spanish. Ultimately we booked inexpensive bus tickets online for the journey from Sants Estacio to Pamplona, a 6-hour ride through very pretty countryside. (Side note: come back to Spain. Hermosa!)

Sanfermines (or the Festival of San Fermin) always starts on July 6, so we thought arriving the night before would be perfect. We’d check in to our hotel, get dressed and head to town for the all night celebrations prior to the first bull running at 8 a.m. Wrong-o. We shared a taxi with a gal at the bus station and she told us that the bulls don’t run on the first day. The festivities actually begin on July 6 at noon, and the first bull run doesn’t start until the morning of the 7th. Since we’d booked at the last minute (and were staying 15 minutes outside of town to boot), the entire area was filled to capacity, and there would be no extending our trip. We had one chance to see those bulls!

As I mentioned, our hotel was a substantial trek out of town in Salinas, and cab fare wasn’t cheap. On the morning of the 6th, the hotel reception fella told us we could walk to the airport and catch a free bus to town, so we decided to go for it. What’s a couple of miles of walking to former New Yorkers?

Our hotel reception fella was clearly on glue.

We walked and walked and walked, using spotty Google Maps access on my iPhone to route us the very, very long distance to the regional airport. It was like the 2nd Lord the Rings movie… we wandered through fields, along dirt roads, gravel paths, highways – forever. It was not pleasant and we were not happy. When we arrived at the airport some two hours later, we found that there is not only no free bus service, there are no buses at all. So we had to take a stupid taxi anyways. Ay Dios mio, you know what I mean?!

And so, after all that nonsense for nothing, Jen and I finally arrived by taxi in Pamplona, home of the Festival of San Fermin and the Running of the Bulls.  We’d missed the pyrotechnic chupinazo that opens the festival, a rocket launched at noon from a city hall balcony. Thousands gather in the square to celebrate and, we later learned, to dump sangria all over themselves. (So, I’m not terribly sad we missed out!)

I guess we just assumed that only the folks running away from the bulls would be wearing all white with red sashes and neck scarves, but much to our dismay… we were wrong again. Every last person, from newborns to the elderly, was decked out in the San Fermin uniform – except us. Talk about feeling like a dumb tourist! I may as well have been wearing a fanny pack (no offense, Mom) and socks with sandals (no offense, Dad). Realizing our faux pas, we dipped into a shop and quickly remedied our mistake with white tops & bottoms and red hankies.

After changing into appropriate attire and eating a meal of fresh pasta & pizza, Jen & I were ready to brave the crowd. Up to 1 million visitors bombard Pamplona for Sanfermines every year, and probably 999,998 of them were wasted out of their minds by 2:30 p.m. when we began our exploration of the city. By the time we made our way to one of the main squares, nearly everyone’s white uniforms were soaked in sangria, and several rowdy revelers decided that our just-purchased whites were too Clorox white. And so we were sprayed with squirt guns full of wine. Sticky.

Well, their clothes used to be white.

Let’s be real. I went to the University of Florida, a school known for its good times, tailgate culture and the annual Florida vs. Georgia game, aka the World’s Largest Outdoor Cocktail Party. So I am no stranger to wild, midday reveling. However, as we walked around Pamplona, I have to admit I was not impressed. People were breaking glass bottles left and right. Chucking half drunk cups of sangria at passersby. Spitting at people. Urinating in the middle of the street. It seemed less about a true cultural experience and more about… well, acting like idiots. Guess I should’ve done more research in advance…

Gropey McGropersons & me trying not to be touched

I can handle the over-the-top party atmosphere (it’s just annoying when you arrive halfway through & everyone’s obliterated), but I was totally shocked into a stupor when I was groped multiple times by random strangers. Any time Jen & I would stop to take a picture of one another, rowdy drunks would descend on us, get all up in our pictures and start grabbing. I was so surprised that I didn’t have time to punch anyone. Never in my travels have I had something like that happen. The level of gropeyness was astounding. It was a really dark aspect of the festivities, and the multiple incidents made us wary of meeting folks that day.

The scariest part of Pamplona isn’t the bulls. It’s the men.

After such a jarring experience in broad daylight, Jen & I retooled our plan of staying out all night to enjoy the festivities in advance of the 8 a.m. bull run the next day. It just didn’t feel like the safe thing to do. Instead, we watched the Gigantes y Cabezudos (giants and big heads) parade, hit up the grocery store and went back to our hotel for dinner and regrouping.

My take on day 1 of the Festival of San Fermin? Not what I expected at all.

Perhaps the actual Running of the Bulls would be better. Stay tuned to find out!

Reflections From The Road | Vol. 5

Where to Stay | Koh Yao, Thailand 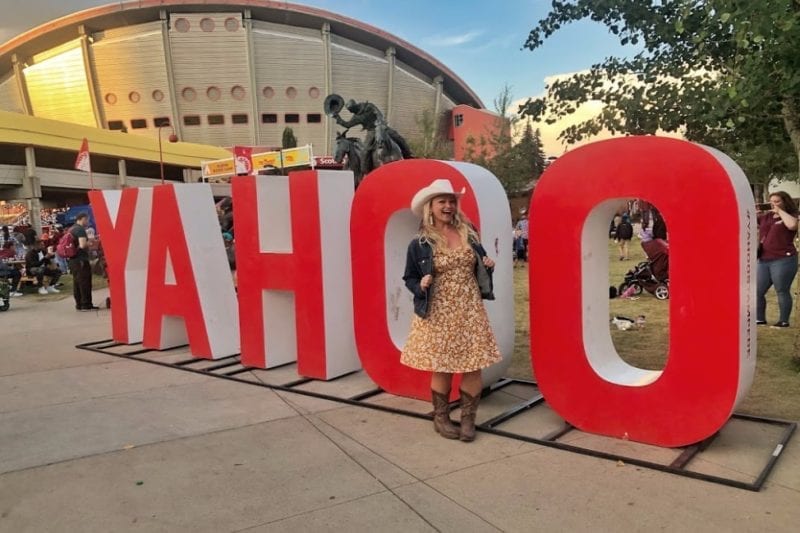 Oh So Many Fun Things to Do in Calgary