So what’s a gal to do with  48 hours in Istanbul, a city that’s been around since 667 BC and has been the capital of four different historically critical empires? Aside from singing Istanbul (Not Constantinople) continuously the entire time, here are a few other suggestions. 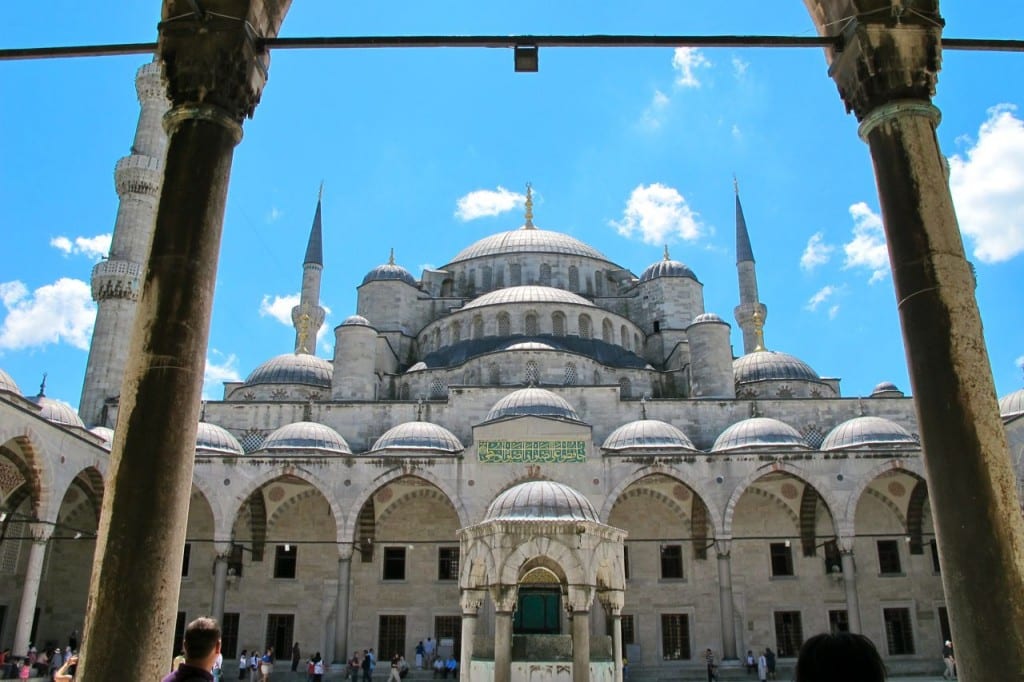 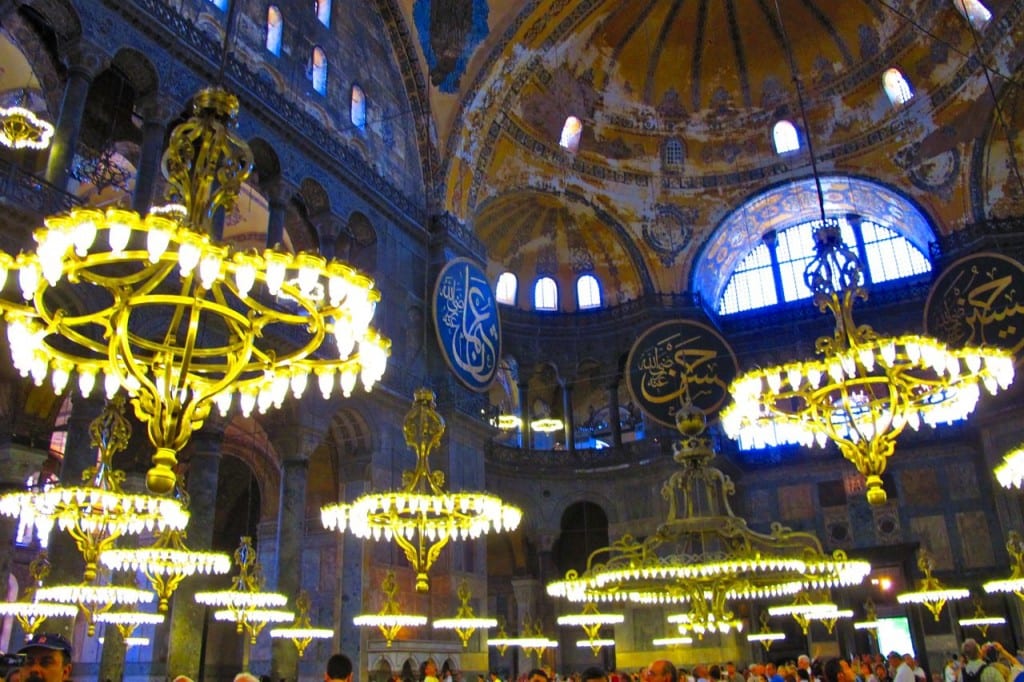 Inside the Hagia Sophia, at various times a Catholic cathedral, Orthodox church and Muslim mosque, now a museum

As attractions go, these two are a can’t miss if you come to Istanbul. Located in the Sultanhamet neighborhood on the European side, accommodations around here are plentiful so you can easily wake up, grab breakfast and walk over before the crowds get too big. (Topkapi Palace is here, too.) 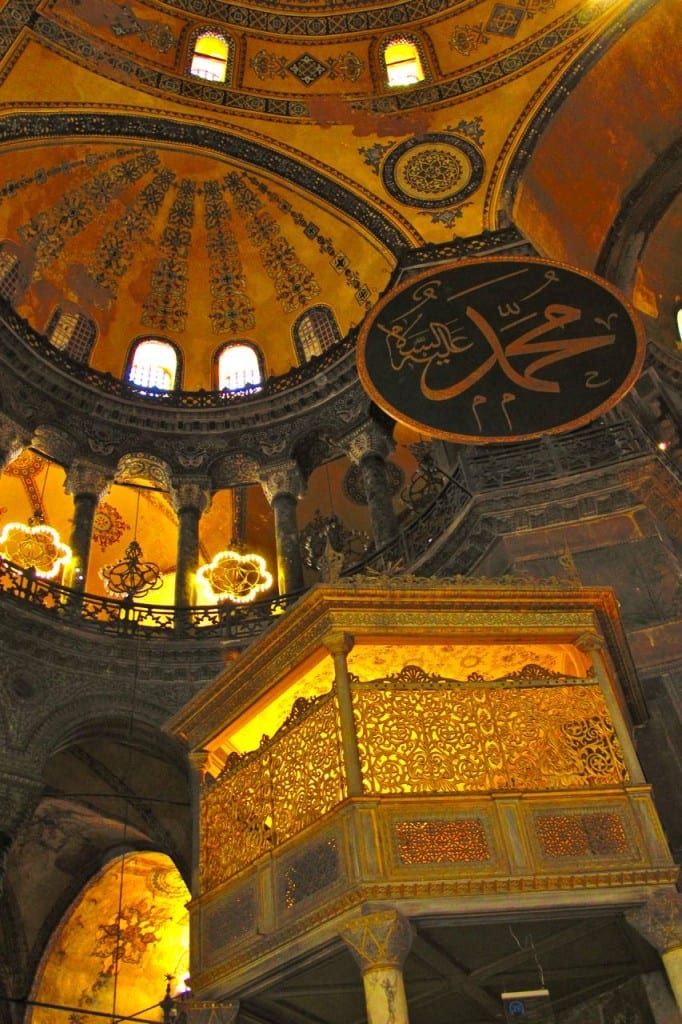 Let’s start at Aya Sofia, the sixth-century ode to Christianity built by Justinian. Earthquakes and ransacking took their toll through the years, and a millennium later, Constantinople fell to the Ottomans and the building became a mosque. The interior Christian mosaics were plastered over and minarets were attached on the exterior. In 1923, the dawn of modern day Turkey lead to the end of the Ottoman Empire, and Aya Sofia entered its latest era as a museum soon after in 1935. 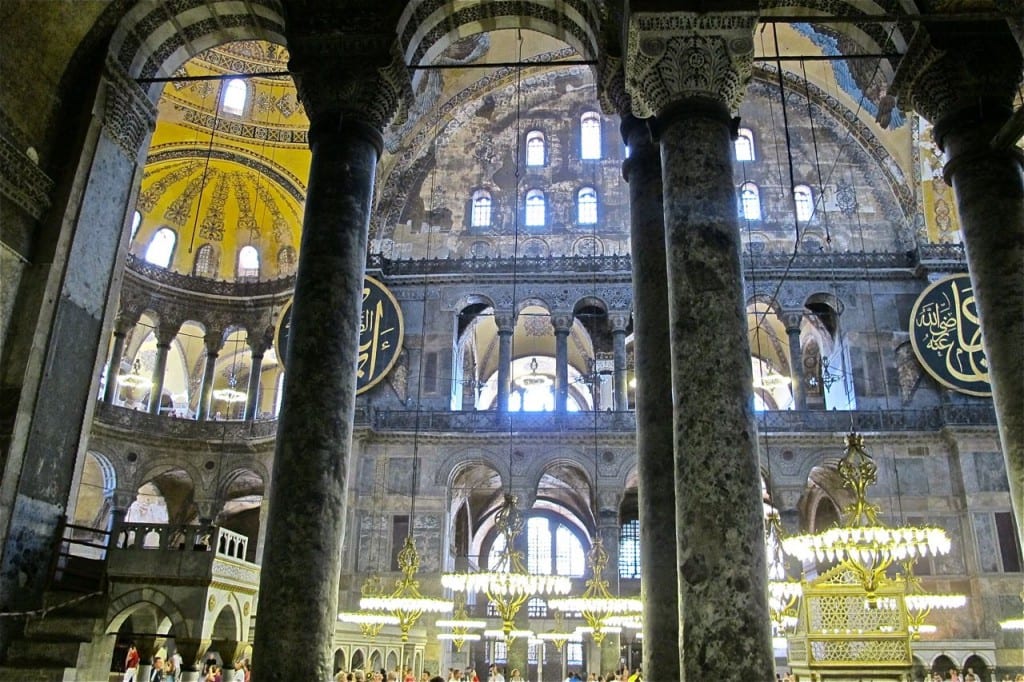 Aya Sofia is considered the bees knees of Byzantine architecture, particularly for its huge dome. Up until 1520, it was the largest cathedral in the world. As a museum, it’s discombobulating to see the combination of Christian and Muslim influence. Large signs in Arabic, a minbar and minarets let you know that this is definitely not your grandma’s Catholic church; but then you see mosaics of Orthodox religious figures, like Jesus & various saints. It’s definitely an unusual combo. 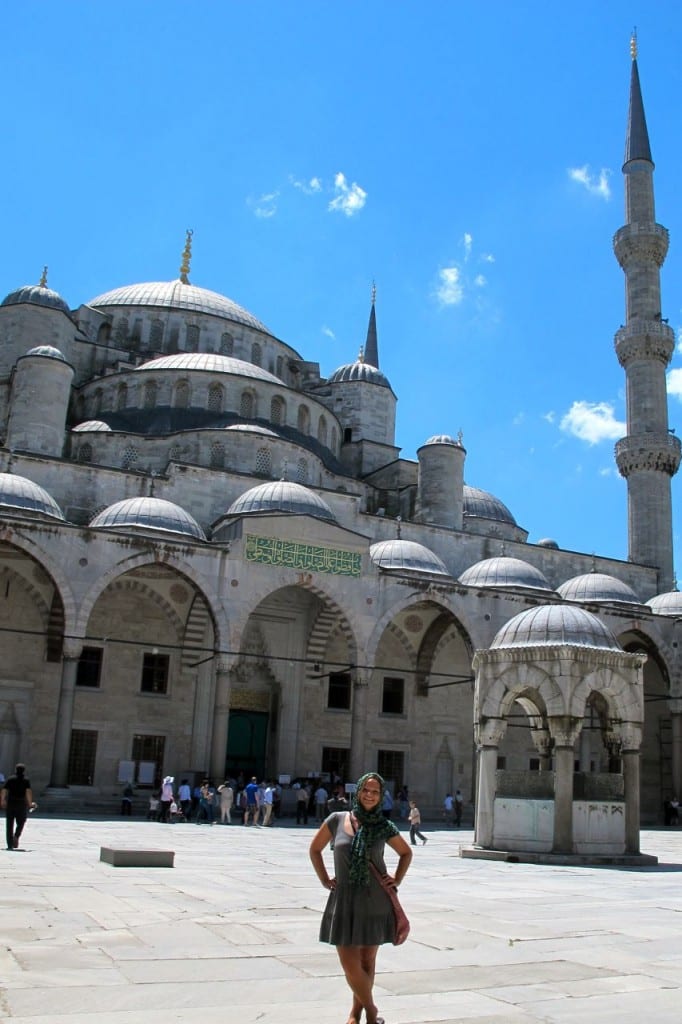 Fast forward 1,000 years after the construction of  Aya Sofia, when Sultan Ahmet (the namesake for the Sultanhamet neighborhood) had a massive mosque built in his name. Today we know it as the Blue Mosque. Its construction incorporates some Byzantine elements, similar to the Hagia Sophia, but include traditional Islamic architecture as well. 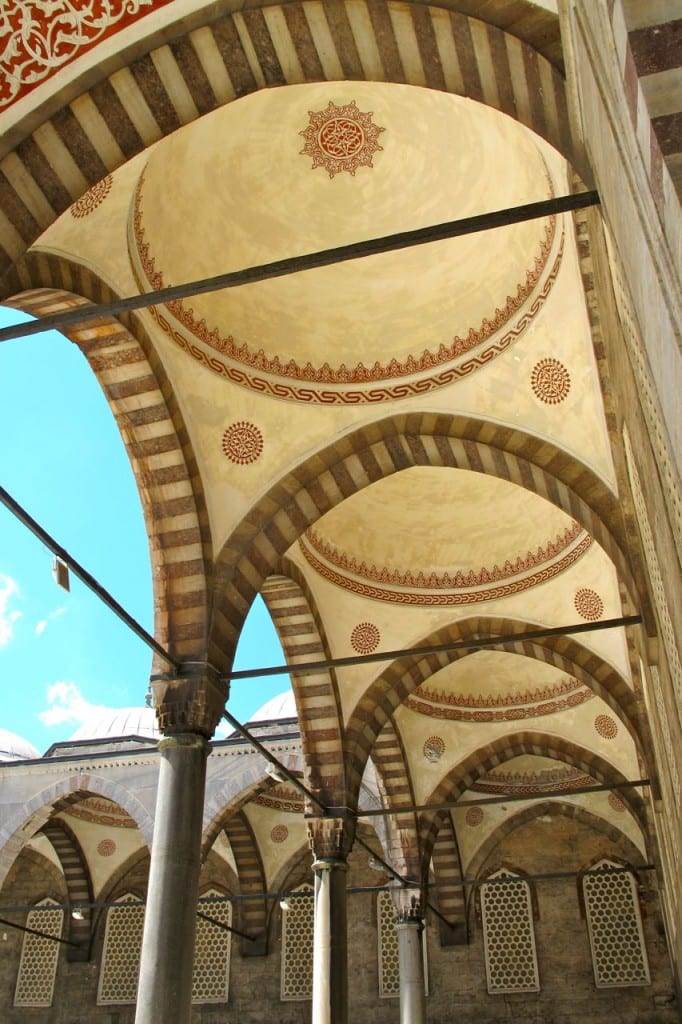 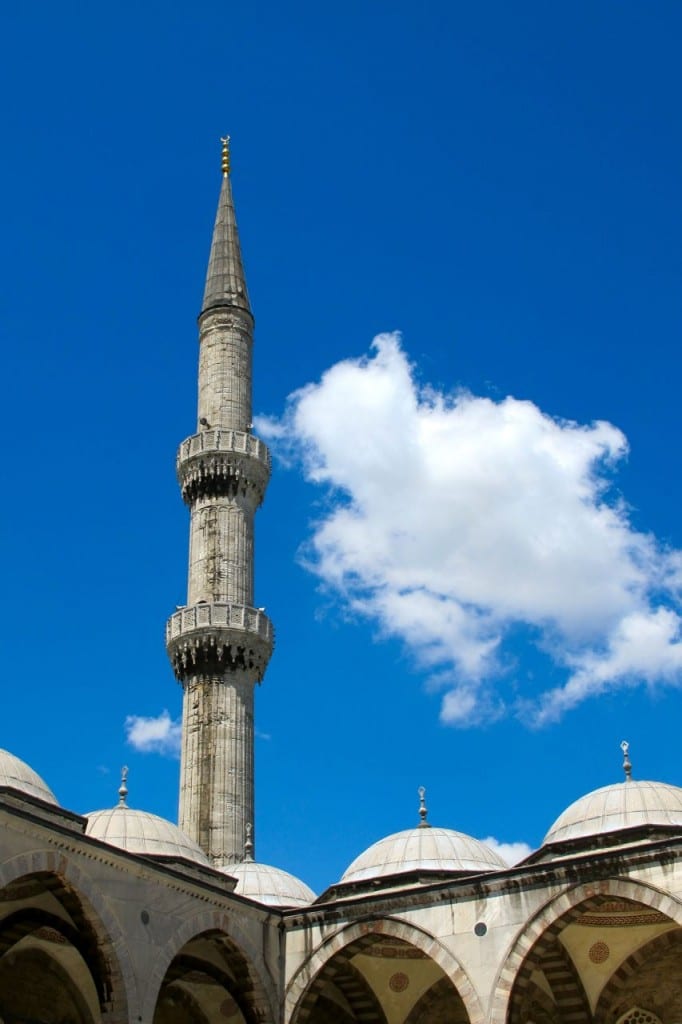 A Blue Mosque minaret, one of six 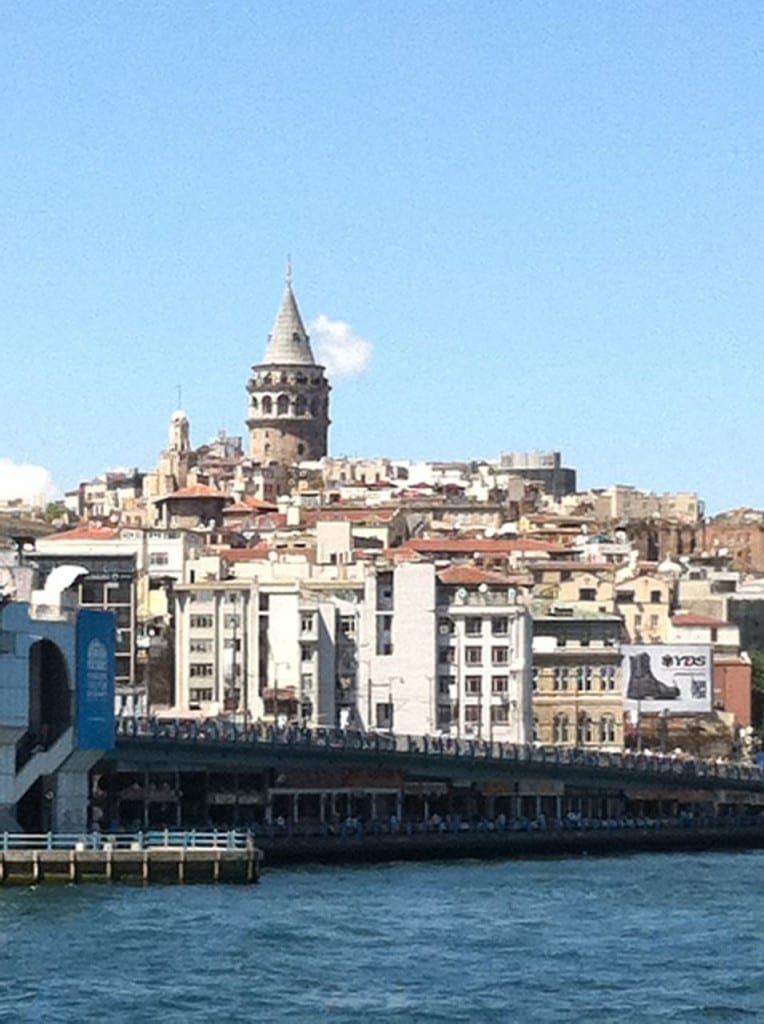 In as little as 1.5 hours, you can hop a cruise tour up the Bosphorus Strait to the Black Sea, taking in the coastal sights of the European and Asian sides of Istanbul. Just head down to the Eminönu ferry port and listen for the ear-splitting announcements (in English) over the loudspeaker. You can’t miss it!

3. Get squeaky clean in a Turkish bath. 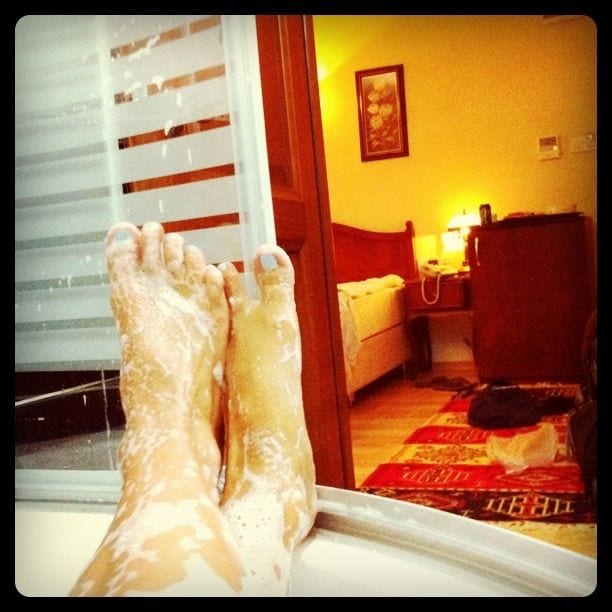 My only experience with a Turkish bath… tub

I went to Turkey and didn’t even visit a Turkish bath. I tried, I tell you, I really tried! Amber heard about a traditional bath with cheap massages over on the Asian side, so we took a ferry and set out to find it. By the time we finally did, we accidentally walked into the men’s side and were chased out (big, big oops), and ultimately learned that the women’s side was closed. #Bathfail. When I go back, and I will go back, my first stop will be the Turkish bath! 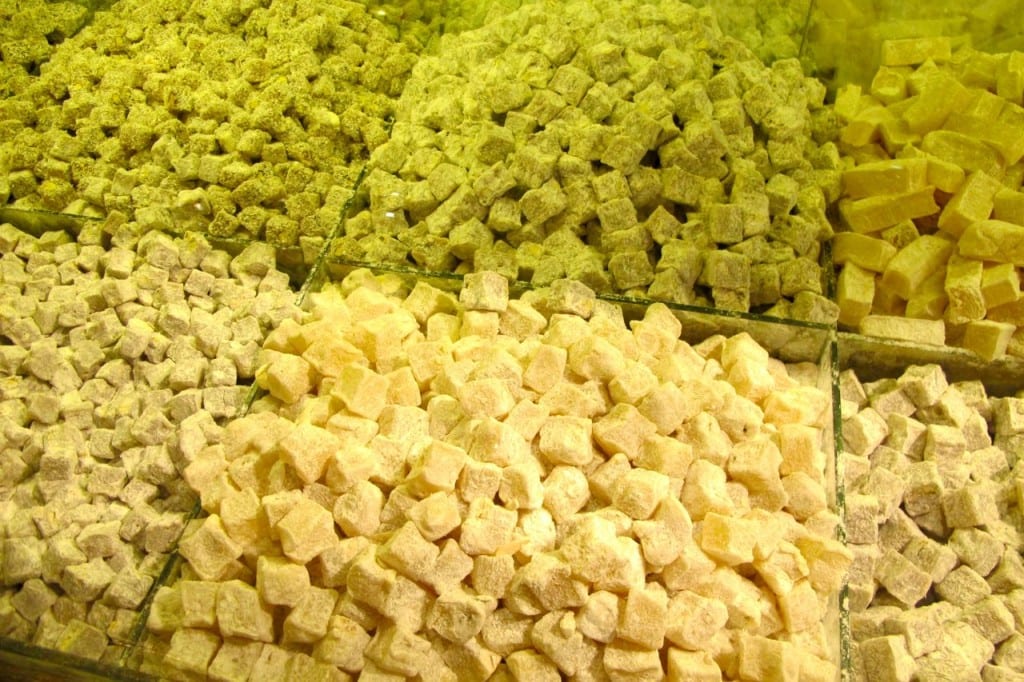 You may know Turkish Delight as the addictive treat that lures Edmund Pevensie into betraying his family to the White Witch in C.S. Lewis’ The Lion, The Witch and The Wardrobe. Known as lokum to the locals, Turkish Delight is a delicious sugary concoction, though I don’t know if I’d give my family over to the enemy for it. (Well, maybe my brother.) Amber and I ate pounds of the stuff as we wandered along the Bosphorus. Made with sugar, starch, honey, nuts and maybe a little magic, these little sweet little cubes will absolutely make your trip to Istanbul. 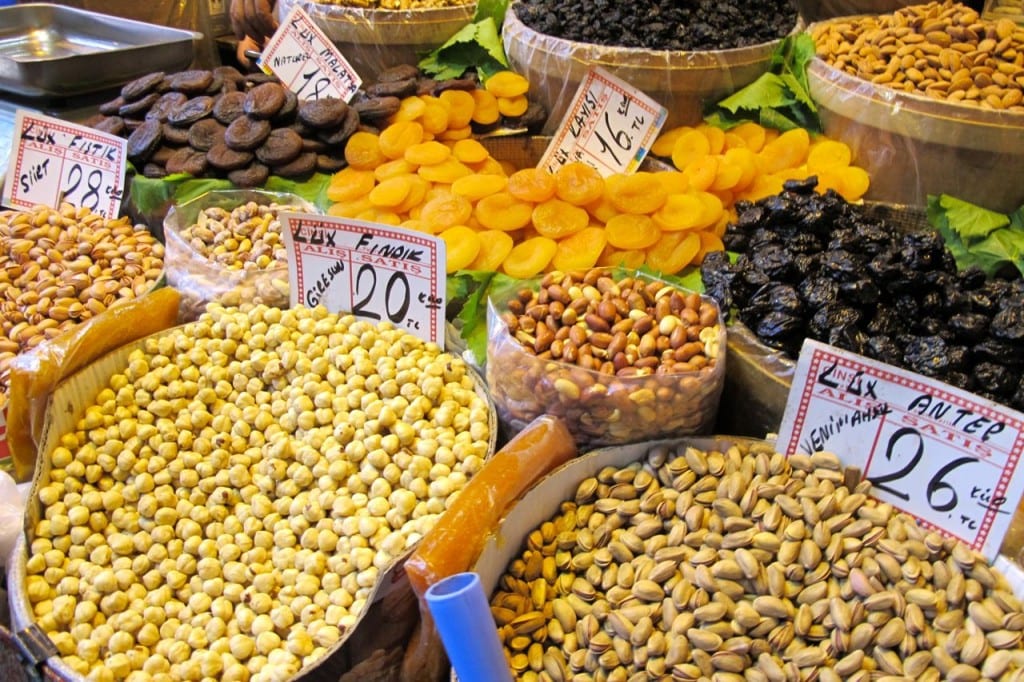 Figs, pistachios, olives… you name it, they’ve got it!

So where can you get Turkish Delight? Just about anywhere, really, but definitely at the L-shaped Spice Bazaar in Eminönü. The structure was completed in 1660, and is often known as the Egyptian Bazaar because many ingredients were imported from that country back in the day. 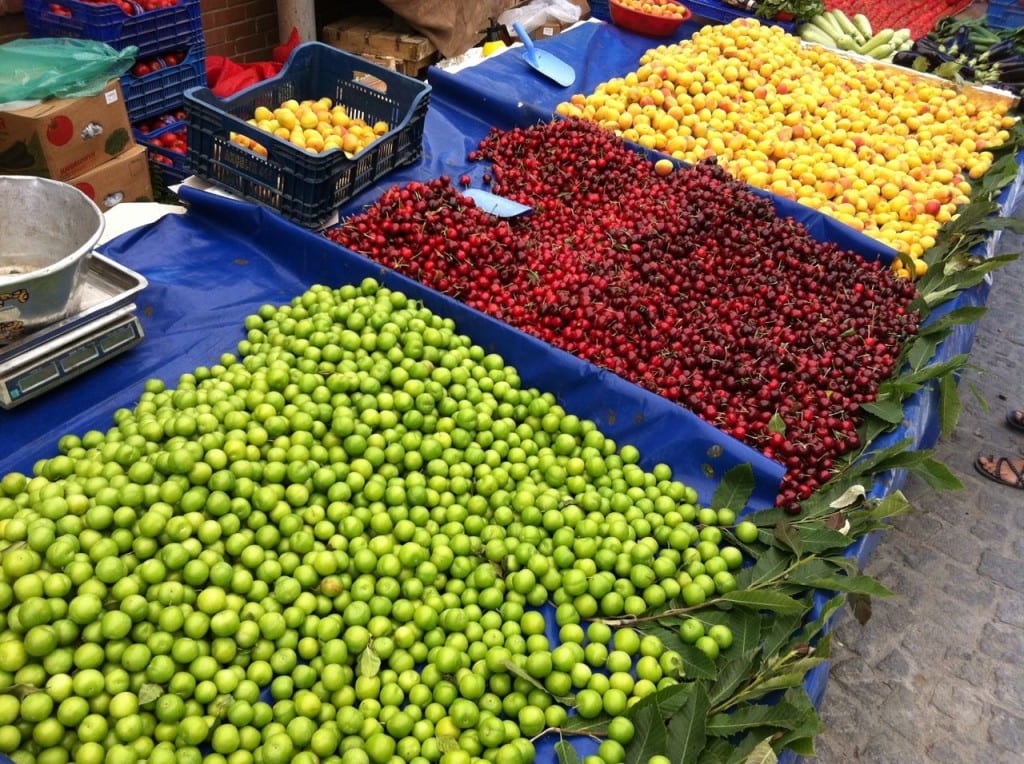 The Spice Bazaar is THE place to go to taste all the local produce – the cherries and pistachios were my personal favorite. You can also find scented oils, candies and all manner of incredibly friendly Turkish men. 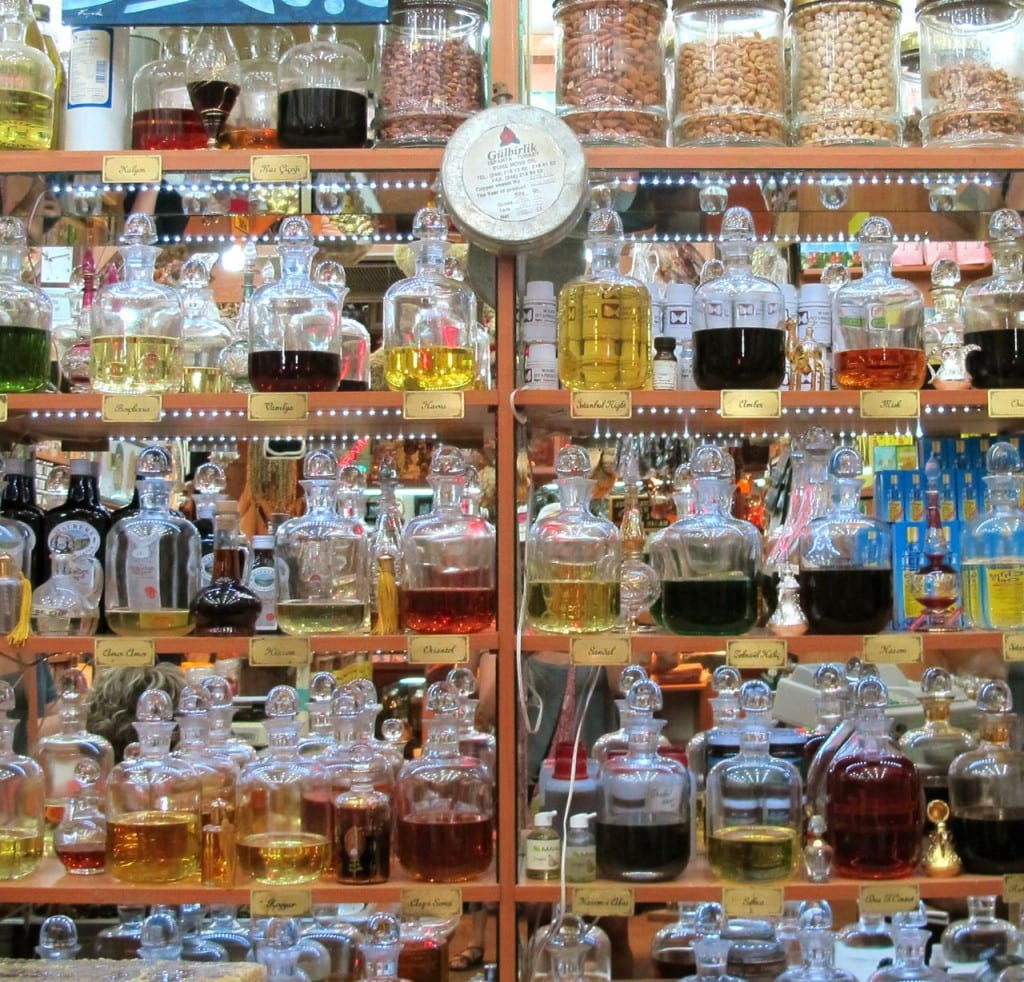 Have you been to Istanbul? What did I miss? What was your favorite?