Even though Susan & I were essentially robbed-on-arrival in Athens, and protests were beginning to rage around the city, our 36 hours there totally lived up to expectations (some developed at age 7). It just goes to show that while first impressions count, sometimes the magnificence of a place can’t be dimmed even by its dark side.

1. THE FOOD. I didn’t love the food in SE Asia (I know – go ahead and tell me I’m crazy and not a *real* traveler) so Greek cuisine was a welcome change for my hungry tummy. Susan and I ate only a handful of meals during our short stay, but based on that first taste, I knew Greece and I would have quite the beautiful culinary relationship. Six weeks later, I still wasn’t tired of feta cheese. 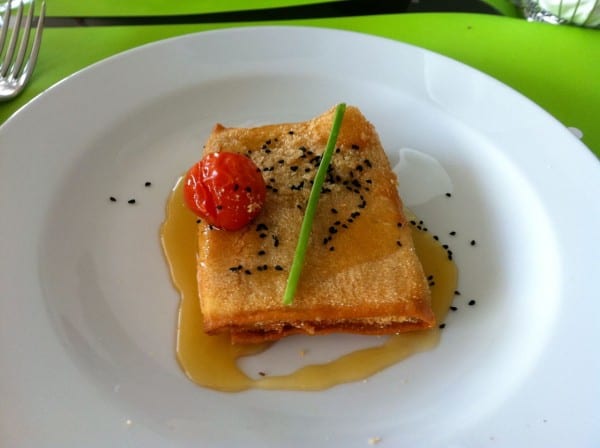 2. THE ACROPOLIS. Before I ever learned about the historical significance of Athens and its ruins, I knew the Acropolis was an awesome backdrop for singin’ & dancin’ cartoon characters, and by extension, my 7-year-old self. How did I find this out? See below at about 4:15. (Seriously, watch it if only for the soundtrack… this is what I was singing while touring the Acropolis. Susan probably didn’t know what she was signing up for when she decided to meet me in Greece.)

If I watched The Chipmunk Adventure once, I’ve seen it 1,000 times, and I’m not too proud to say this musical full length feature was one of my greatest travel influences growing up. Who wouldn’t want to go around the world in a hot air balloon singing catchy ditties on the way? (Sounds like the past 8 months, if you ask me.) 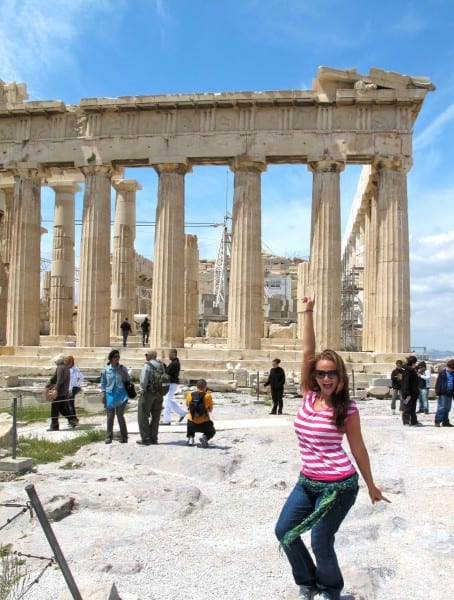 After watching the video clip above, does this pic make sense now?

I didn’t learn much about the actual historic origins of the Acropolis from cartoons, so a visit to the Acropolis Museum was in order to separate fact from fiction. (Turns out, singing chipmunks never really danced around the columns at all. Imagine my disappointment.) Folks have been using the Acropolis site for thousands of years and the structures atop the hill have taken many forms. What stands today – the Parthenon and other crumbling temples – has survived earthquakes, wars and multiple sackings, and is now undergoing restorations to preserve for future generations. Over a few thousand years, the Parthenon itself has served as a temple to Athena, a treasury, a cathedral dedicated to Mary and a mosque after the Ottoman conquest. With that many layers of history, it’s easy to see why the Acropolis deserves a visit.

Click the icon to buy the Chipmunk Adventure soundtrack for yourself. You know you want to.

3. PAUL. Susan & I got such a kick out of walking in Paul’s footsteps. Paul was one of the first Christian missionaries, and he visited Athens at a time when Corinth was the capital of Greece but Athens was still the philosophical center of the world. Much of what we read in the New Testament comes from Paul’s journeys, so it was awe-inspiring to see buildings he preached in and walk the land he walked while spreading the gospel. Such a big highlight for me. 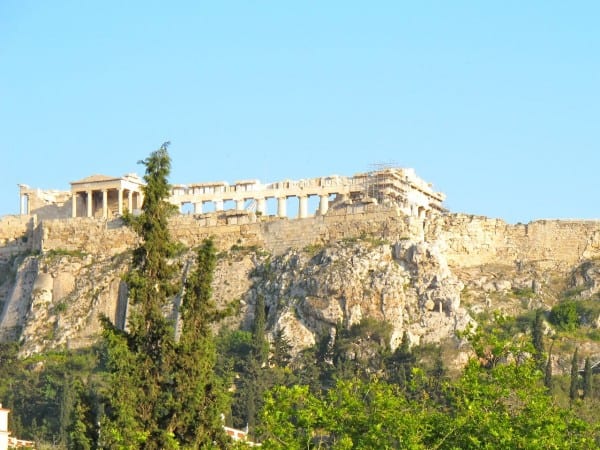 The Acropolis from below

And a personal reason to love Athens… hanging with Susan! It was such a treat to cruise around with her and catch up on all the NYC-doings since I left. Plus, she knows a ton about columns and friezes and pediments and whatnot, so I didn’t even have to read the guidebook while touring the Acropolis & accompanying museum. I highly recommend bringing a knowledgeable friend to all tourist attractions if possible. It just makes everything so much more enjoyable. 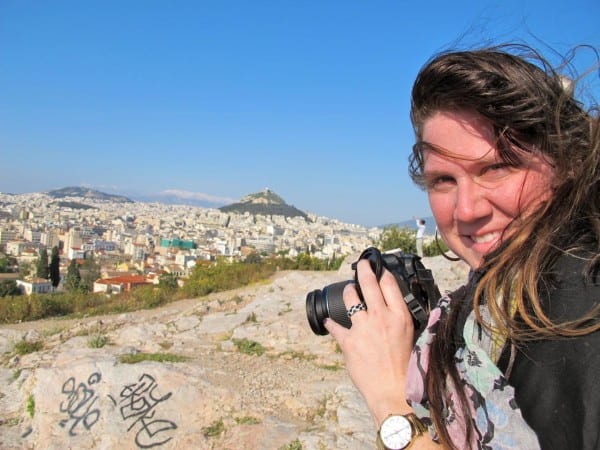 So, have you been to Athens? Did you get pick-pocketed? Did you love it or hate it?

Up next… My Love Affair With The Greek Isles

13 thoughts on “3 Reasons I Love Athens”