The bus journey through Oudomxai is like riding the Magic Kingdom’s Thunder Mountain roller coaster for six hours, so if you suffer from motion sickness like I do, just go ahead and bring a bucket. I’m told the journey was scenic, but I wouldn’t know because I had my head between my knees the whole time – I do not do well with windy mountain roads!

Fortunately for those who had turned green (me), we stopped about halfway to Nong Khiaw to lunch and de-nauseate. Instead of searching out grub, Anna, Amber, Franz & I scoured a local market for the best waterguns in order to be prepared for our arrival in Nong Khiaw. Little did we know we’d be soaked (and really hungry) long before we made it to the next stop.

As we drove along the rough mountainous roads, smatterings of Laos villagers would appear around the corner, prepared with Water Festival weaponry – guns, hoses, cups, buckets – and thwack! They’d splat our bus, which wasn’t a huge issue so long as we kept the windows closed…

… but we didn’t. Once we had our own water guns, we became a massive tangerine colored Stray Travel tank, hanging out the windows as we flew through villages, spraying shrieking kids and screaming “Sabaidee Pi Mai!” like lunatic vikings on the rampage. Though it means a friendly “Happy Laos New Year,” our vigorous and earnest shouts sounded a bit more like “You’re going to die!” Whoops.

We drove through a larger village a few hours later, hooting and shooting like cowboys & Indians, when the bus stopped and our local guide Mr. Pon abruptly told us to get out. He and the driver were taking a break, right in the middle of the village. That would’ve been good to know before we soaked everyone along the road on the way in!

As we got off the bus, dozens upon dozens of children with cups and buckets encroached and immediately war broke out. It wasn’t a fair fight; there were four of us and at least 50 giddy kids. The ladies in the market roared as the youngsters attacked again and again. I think the whole village came out to see the kids absolutely working over the falangs. We were drenched once we got back on the bus.

Between the windy mountain bus ride and the village water war, we looked like we’d been through the spin cycle by the time we arrived at our rustic bungalows in dreamy Nong Khiaw, home to the sleepy Ou River, imposing limestone cliffs and Phathok Cave, where North Vietnamese sympathizers hid during the US bombing of Laos in the 1960’s.

Drying off in the hideout cave

Water Festival activity was at a minimum here, so we finally had time to dry out, grab a great meal and play Petanque (a game that remained even after the French ended their occupation) with the locals before crashing hard in our sparse hillside shacks.

The most rustic of bungalows in Nong Khiaw

Up next… Hope you’re not sick of watergun fights yet. It’s gets even wilder! 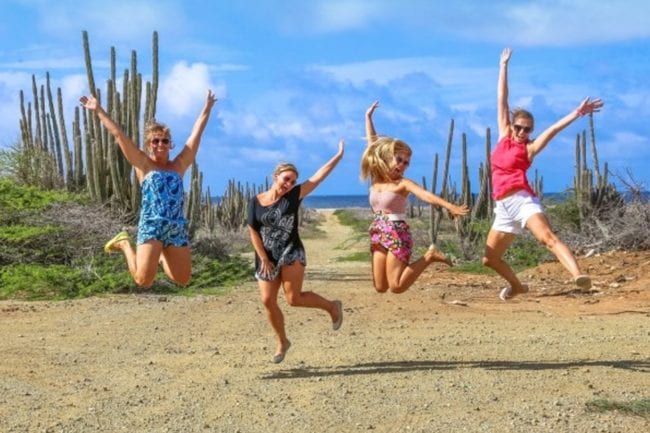 5 Ways to Have Fun on Bonaire for Non-Divers 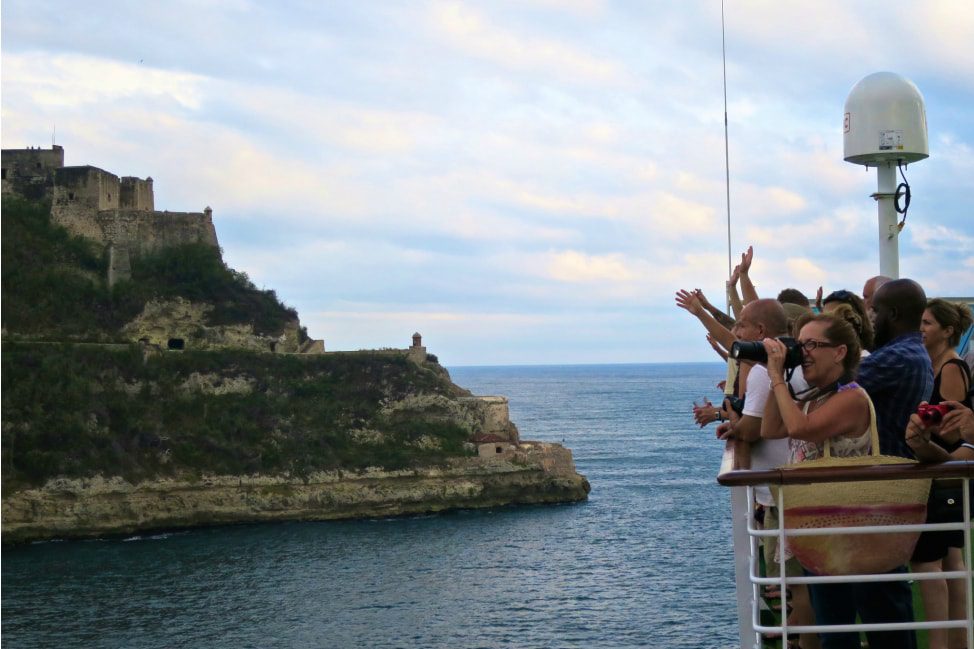 Vang Vieng, An Argument Against Tourism? 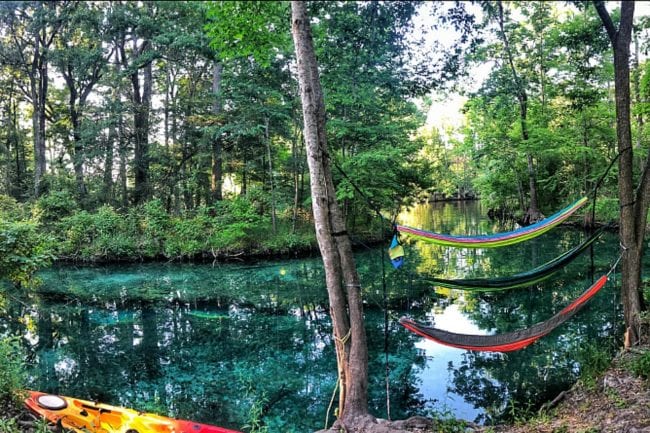 Why You Must Plan a Ginnie Springs Camping Trip