RaeRae woke up one day a few months ago and decided to be a pianist. We were chatting on the phone when she said, “Oh hey, listen to what I learned from YouTube,” and began playing a beautiful classical tune. I thought it was Dad playing for sure until she Skyped me and proved me wrong. Who learns to play the piano like a pro in two weeks? 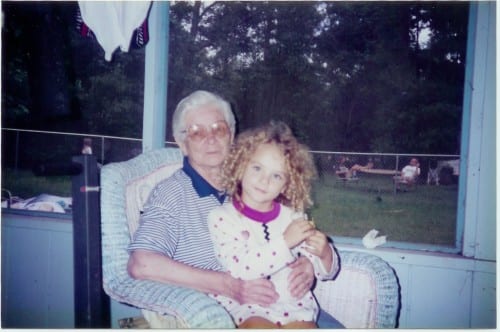 Now that RaeRae had developed a pageant-quality talent, she was ready to go for the title of Miss Middleburg High School. I should caveat this whole blog quickly for those of you who aren’t familiar with the pageant world by saying pageants aren’t necessarily like the movies. Most of the time, especially in little high school shows, pageants are a way for teens to learn new skills, build confidence and show off talents to their parents and peers… and earn some dough for college in the process. I credit my interview confidence to what I learned from pageants (and of course Future Business Leaders of America.) And hello… the first time I ever sang in front of people was at my pageant, and look what a monster it’s turned me into! I sing anytime there’s a microphone within a 3-mile radius.

However, I’m also living, breathing proof that winning a high school pageant has little effect on future success. Representing your school can be a useful platform if used wisely and of course the scholarships don’t hurt, but more than anything it’s the friendships you make and the confidence you develop that makes it worth the loads of time you put in. Ok, now back to the big show! 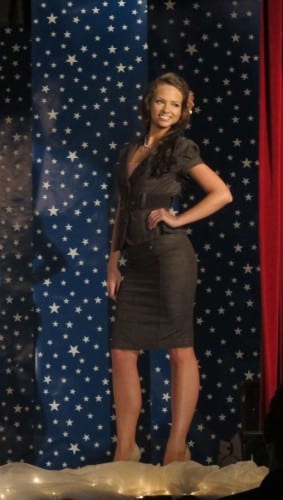 My baby sister has somehow gone from nerdy preteen to stone cold fox.  Our brother is furious. 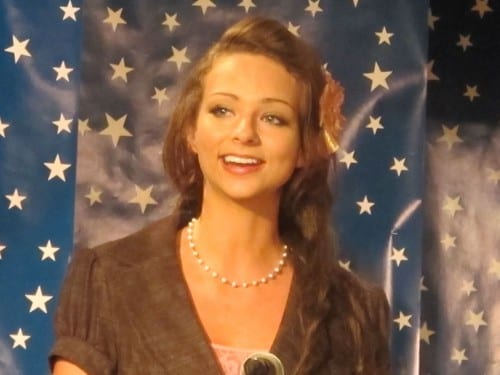 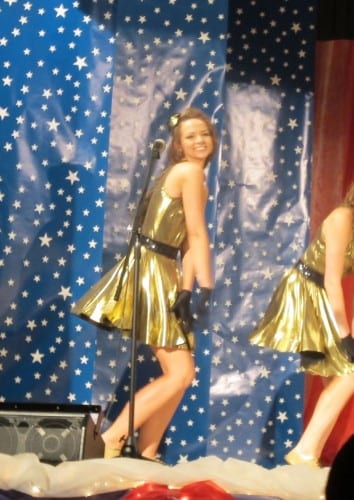 I’m here to tell you she killed it at the pageant, and I’m saying this as a pageant aficionado, not just as a sister. She was graceful – man, can she strut; her clothes were age appropriate yet still flash enough for the stage’ and her makeup was flawless. (Shameless self plug.) 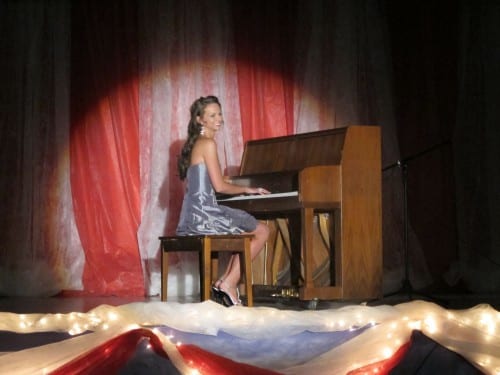 And she tore it up on the piano, playing an emphatic Don’t Stop Believing for the half-dead crowd. (Seriously, there were about 12 living people in the audience and everyone else seemed to be catatonic.) Check her out in the video below. Brilliant!

I am always proud of her, every day, win or lose, good grades or bad, messy or clean. But I really saw her shine on this night and I couldn’t help but beam. 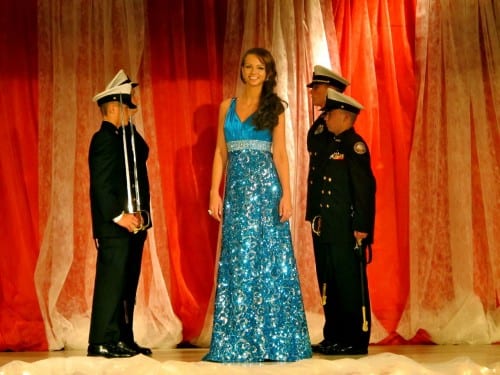 She is a force to be reckoned with when she puts her mind to something, and she’s a lot taller than the future military, so watch out world. It’s RaeRae!

5 thoughts on “Pageant Party in the USA”