After more than a week in Ubud, the Dutchies (Kirsten & Pam from ONEWORLD) and I decided to forget about the earthquakes, tsunamis, creepy bumps in the night and stupid boys and head to Seminyak for a real escape. We didn’t even have a hotel booked when we sped out of Kumara Sakti like it was on fire. We just jumped in a taxi and like the Three Musketeers shouted, “To the beach!” 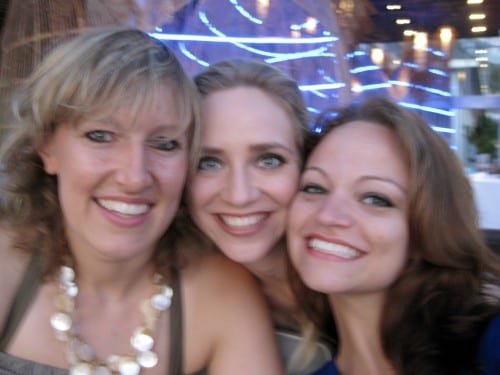 Maybe I should go blonde again?

By the time we arrived, our taxi driver had called a few hotels listed in Kirsten’s Lonely Planet, and voila – an hour later we having lunch at beachfront Puri Saron hotel. 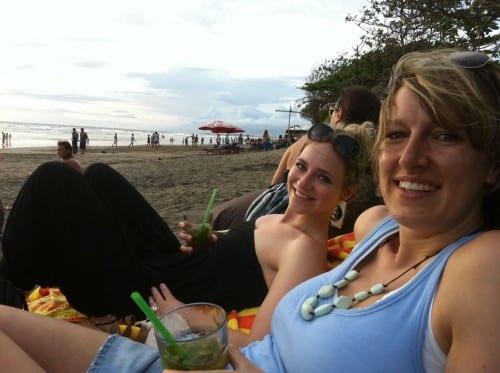 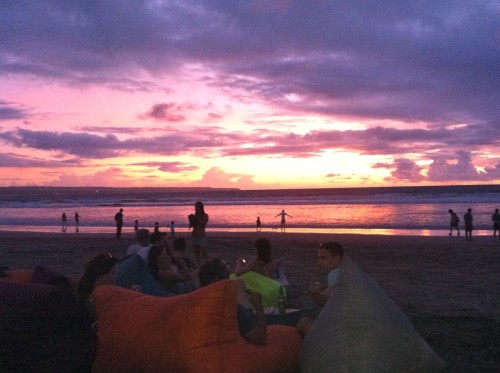 Even though we had an amazing time at ONEWORLD, the past few days had been stressful for all of us. By the time we arrived in Seminyak, we were quite happy to flop down onto beanbags in the sand just outside our hotel and watch the famous Bali sunset with hundreds of other beachgoers. 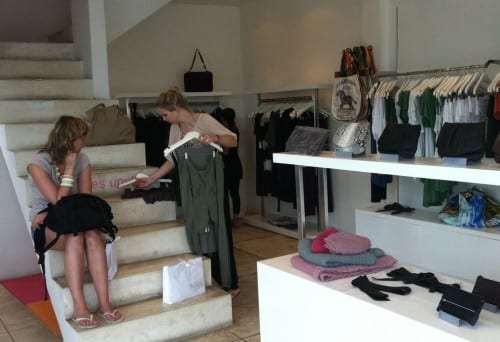 Tip: check out my favorite local store Buddhawear for comfy, pretty clothes. A portion of sales go to help local kids in need. The Dutchies and I certainly made a sizable contribution!

And how did we fill our days? You’ll never believe it, but we shopped… a lot. Between the Dutchies (Pam could win a prize for length of time spent shopping) and my love of bargaining, the closeted consumer in me came right out. I ended up with five dresses and a bag full of accessories for around $50 total, and if I had the ability to carry home décor around in my suitcase, I would’ve bought enough goodies to furnish my imaginary future house. 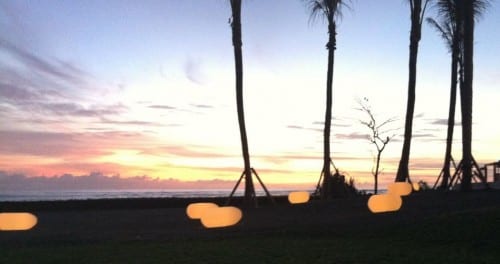 One of our pals from ONEWORLD mentioned that she’d designed some of the furniture at the brand new W Hotel Seminyak, so we donned our fresh purchases and went out in search of Henrietta’s chairs. They weren’t hard to spot! With Hen’s gorgeous creations in the foreground, we enjoyed another pink sunset, fun W ambiance, music, drinks, dancing… 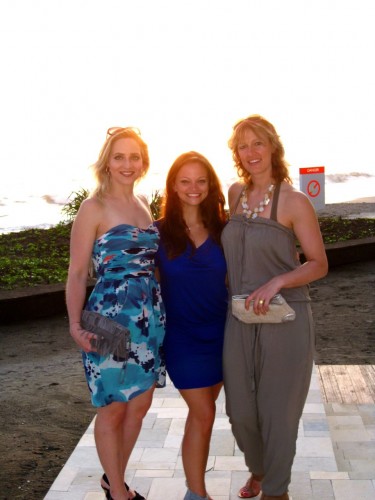 Two Dutch girls and an American walk into a bar… there’s no joke. That’s just the caption.

Coincidentally, Pam and I were both signed up for the Surf Goddess Retreat two days later, so when Kirsten took off for the Gillies, Pammy and I popped over to Villa Serena for some new adventures.

Up next… Church Around The World | Seminyak

2 thoughts on “Escaping To Bali’s Beaches”