Once the rain finally passed, I was able to squeeze in two dives on the world’s 3rd largest barrier reef – the Great Sea Reef. I almost think it was a good thing it rained so much, because I could have blown my entire budget for the month on diving if I’d had the chance. 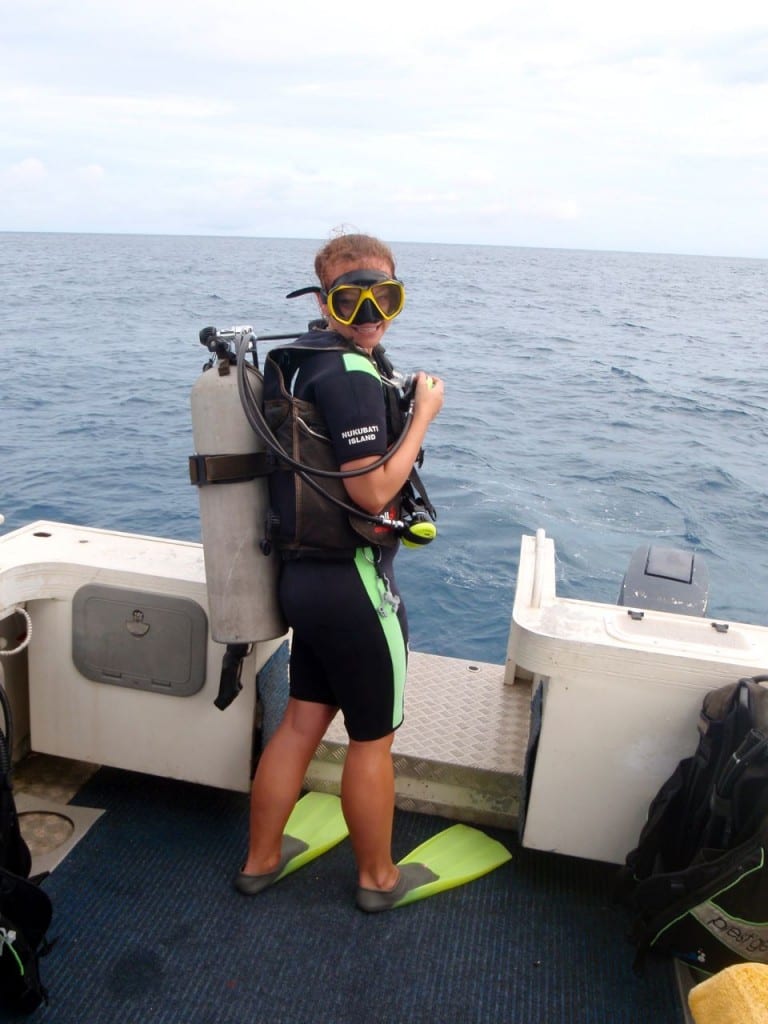 Since I’ve never been diving anywhere but The Bahamas (the world’s 2nd largest barrier reef!), I was incredibly excited to see what was under the sea on the other side of the world. 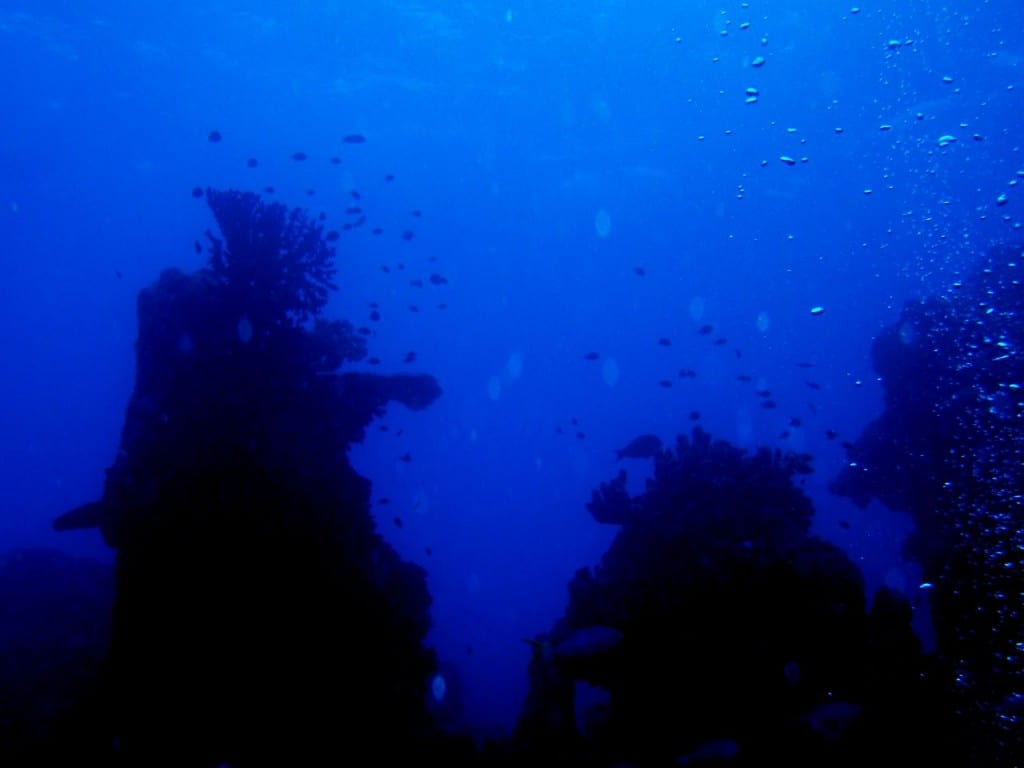 The Great Sea Reef remains largely uncharted, and Nukubati is the only resort with access to its 77,000 square miles of wonders. I was told manta rays, dolphins, turtles, whales and who knows how many undiscovered species congregate in the coral. So what did I see? 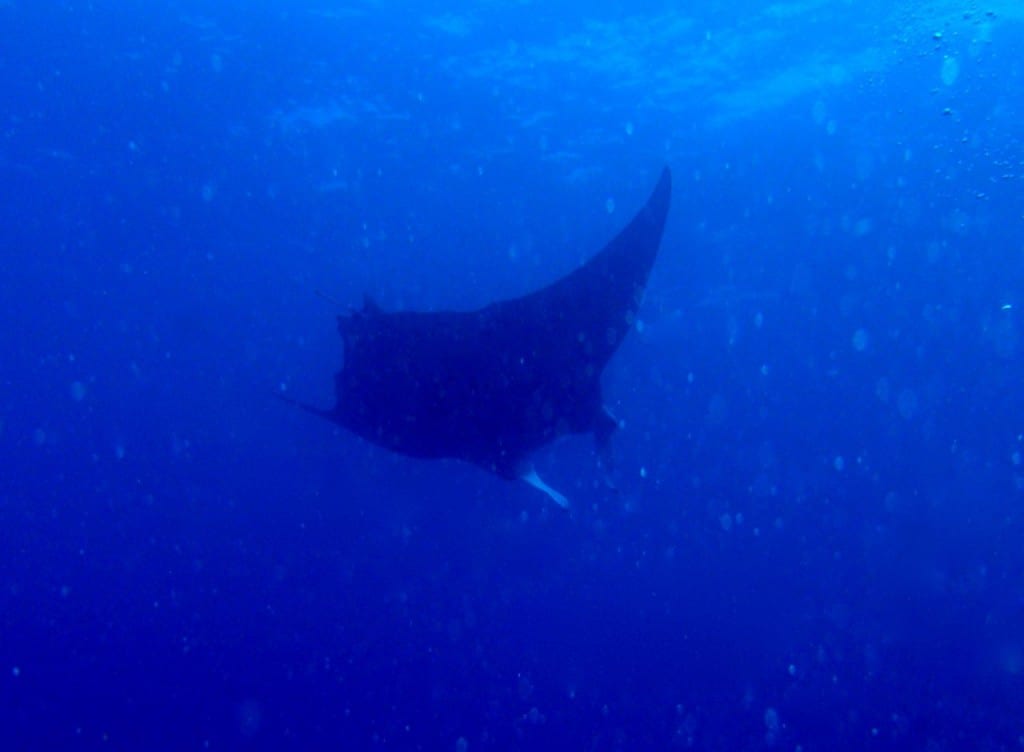 You know how I roll – the bigger the creatures the better! I was beside myself when this table-sized manta ray flew by to check us out. 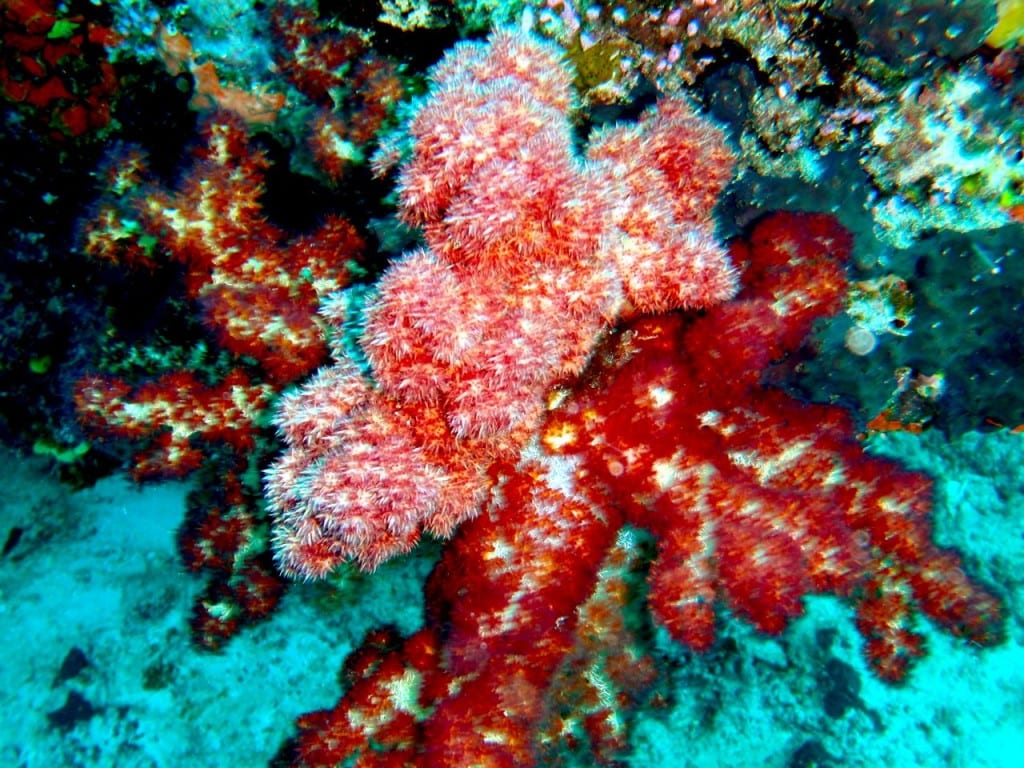 There was so much sea life, a million fish, sea slugs, sea pillows and gorgeous coral.

The only downside was the visibility, and I’m told it was only poor due to all the rain. Normally they have superbly clear water. 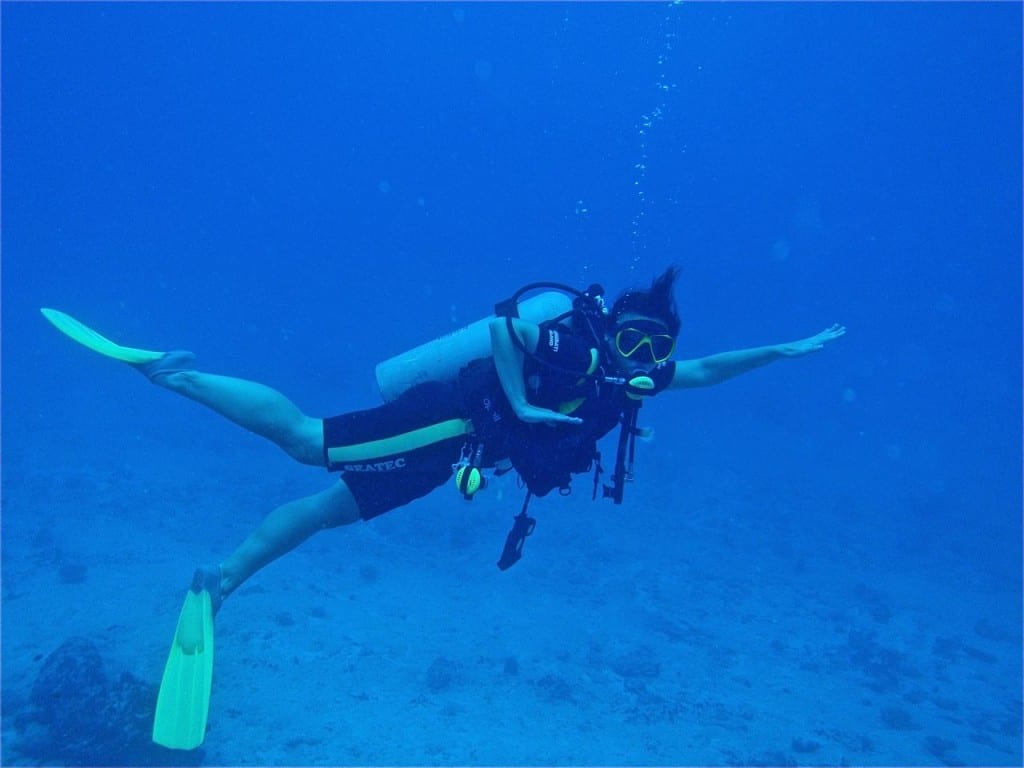 Check out this underwater footage I shot, and please accept my apologies in advance for the quality. It was my first time using my new underwater camera and doing a drift dive, and with all the rain, visibility was pretty crappy. But get a load of that Fijian soundtrack… I nabbed it from the main hall and added it to my computer.

Up next… Eating Well at Nukubati