I waved goodbye to Adam and his village, and hopped back in the Jeep with Mike for the very long ride south. Mike wanted to bypass the famous mud pools since it was already boiling hot outside, suggesting instead that we head south toward another village and the beach. We drove and drove and drove and drove.

Miles and miles of green

Finally, we arrived at the only pottery-producing village in Fiji, according to Mike. We entered a large room with about a dozen women, two men, a handful of kids and a sweet tourist Aussie couple. I sat cross-legged on the floor next to the couple while one of the women explained how the pottery is made in the village.

As the village lady was glazing her smoking hot piece of just-fired pottery with tree bark, I was offered my first taste of kava by one of the men. Kava, also known as grog, is made from the root of the piper methstyicum plant. Though it’s non-alcoholic, drinking a large quantity of it can make you feel groggy and depending on the strength, your tongue and lips can get quite tingly. Kava is part of daily life here in Fiji, as the drinking ceremony is a highlight of all important local happenings.

If you’re ever presented with half a coconut of kava, here’s what you do:

Decorum suggests that you always drink the kava, otherwise you’ll insult the chief. Depending on how you like it, you may come back for more. After a few more kava ceremonies over my 10 days in Fiji, I found that the kava in the pottery village was particularly strong. My lips and tongue were tingling for a while.

Kava tastes a bit like peppery, watered down mud. But it packs a nice tingle.

I thought we were finished once the kava had been passed around a few times between the Aussies (who the villagers called Mr. and Mrs. Chief) and me, but then the village ladies gave us beautiful flower leis (if you’re counting, I’ve now been lei’d twice) and then smacked baby powder on all of our faces. I didn’t know the significance of the baby powder at all, but hey, when in Fiji, right?

Suddenly, voices and drumbeats filled the room, and the village ladies motioned for us to join them in dancing. In general, I avoid dancing on 95-degree days with a room full of strangers, but I was already covered in baby powder and drinking kava so I just went with it.

After all the shenanigans, we were told to shop around at all the shops each lady set up with her pottery goods. There was also a pot in the center of the room for donations, as the only income this village receives is from visitors and pottery purchases.

Finally, we left the village and headed another hour to the beach. Mike said it was the best beach in Fiji, and it was the nicest one I’d seen so far (but remember, that last one had a cow on it), but I still didn’t think it was anything to write home about. The sand here is volcanic, so instead of being that bright white I’m so in love with, it’s more of a beige… but who cares! A beach is a beach, and we enjoyed it for a bit before heading back up to Nadi and The Fiji Orchid. Thanks for a great tour, Mike!

Next up… Welcome to Nukubati!

Why Travel Hasn’t Cured My FOMO 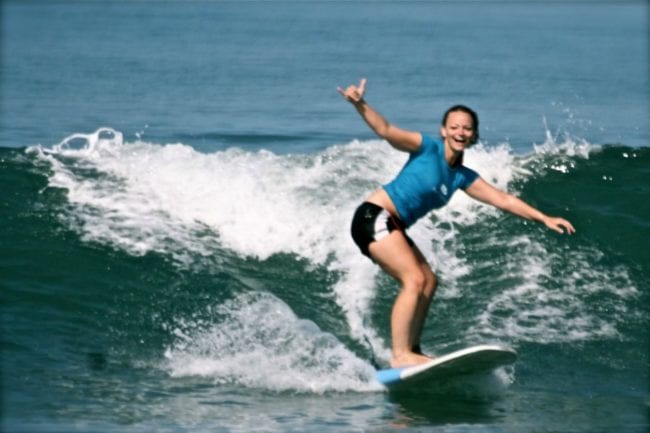 Want to Travel Around the World? Here are 15 Lessons I Learned!