So you’re visiting Tupelo, Mississippi, for the very first time, maybe for a conference, a sports tournament or road trip along the Natchez Trace, and you’re wondering: is there anything to do in Tupelo?

After a jam-packed visit (and more buttery biscuits than any one woman should eat), I’m here to tell you – there’s more to do in Tupelo than I ever imagined and so many incredible people to meet. From all things Elvis Presley to the Civil War, from Civil Rights to modern-day entrepreneurial hutzpah, Tupelo has it going on. (And did I mention the food!?)

So pack your stretchy pants and stay awhile with our guide to Tupelo, Ms.!

How to Get to Tupelo

Tupelo is a short drive from the following large airports:

You can also fly directly to Tupelo’s regional airport on Contour Airlines, a partner of American Airlines. From personal experience, I recommend confirming the Contour leg of the flight multiple times just to make sure you still have a reservation.

Tupelo’s climate is relatively mild, ranging from 68-92 in the summer and 32 to 54 in the winter. Spring and fall are gorgeous times to visit, and if you can plan your trip around one of the annual events, even better.

Where to Stay in Tupelo

Unfussy accommodations with breakfast included in a great downtown location. Click for more info and to check availability.

Outdoor swimming pool, suites with mini kitchens and close to everything. Click for more info and to check availability.

Things to Do in Tupelo, Mississippi

Tupelo is most widely known as Elvis Presley’s hometown. He was born in a two-room house in East Tupelo, and lived in town until moving to Memphis at age 13.

That means you can’t swing a cat without hitting a reminder of Elvis. There’s a nifty self-driving Elvis trail, a beautifully curated museum accompanying his birthplace, the church where he first sang gospel music on Sundays and Elvis merch, cardboard cutouts, Elvis cocktails, murals and general tchotchkes on every corner. You can’t outrun those blue suede shoes.

And why would you want to? I realized very quickly that I didn’t know jack about Elvis Aron Presley. Elvis of Tupelo, that is, the little boy from the wrong side of the tracks whose mama bought him his first guitar at the local hardware store on the corner, starting a chain of events that would change music forever. My Elvis-themed explorations, which mostly took place via the self-guided Elvis Driving Tour, taught me so many things I never knew about the King.

For example, did you know the only Grammys Elvis won were for his gospel albums? Did you know he was an identical twin, but his brother passed away at birth? I also learned Elvis served overseas in the military, but never performed outside North America. There’s just a lot more to learn about Elvis than what I’ve gleaned from pop culture.

But there’s also a whole lot more to Tupelo than Elvis Presley. The easiest way to see it all is to stop by the visitor’s center to pick up maps of each trail and decide which sites to see. Many overlap, so you can see a lot in a short time. Start here with our guide to Tupelo!

Tupelo turned 150 in 2020, but of course the Chickasaw Nation preceded American settlers by centuries. One thing that struck me as unique in Tupelo was a systemic dedication to sharing all aspects of its history – good or bad. Tupelo has designed a series of Heritage Trails to preserve its storied past, and to make sure that you get more than just Elvis on your visit. You can pick up brochures and maps at the visitor’s center, and most sites are marked with signage so they’re easy to find.

Before the Chickasaw Nation was forced to leave in 1837 by the Indian Removal Act, the tribe was a powerful force in the South. You can get a taste of Chickasaw history via the trail’s stops at the remains of a Chickasaw Village, at the Tishomingo site and the Piominko Statue.

While today’s Chickasaw Village site is made up of an interpretive trail and some signage, a much grander Chickasaw Heritage Center is in development along the Natchez Trace. Once built, this multi use location is going to change the game. The center is excavating multiple Chickasaw sites, and will tell the story through an interpretive exhibit from the Chickasaw perspective. And it will include the removal – which was obviously horrific – but also the success stories from today.

“The Chickasaw Heritage Center will be a world class destination dedicated to helping people of all ages and background share in and celebrate the rich and vibrant culture and history of the Chickasaw people,” said Brady Davis, CEO.

For a people forcibly removed from their homeland, the Chickasaw Nation, now headquartered in Oklahoma, is thriving, and I can’t wait to see how this new center ushers in a new era for them, and for Tupelo.

In the 1860s, the North and South fought a brutal war. North Mississippi saw its share of the conflict, and you can walk in the footsteps of Confederate and Union soldiers on the Civil War Trail. The trail follows the Confederacy’s last stand in Mississippi, hopscotching the war’s timeline and shedding light on how the “War Between the States” shaped Tupelo.

There are seven markers in Tupelo marking the Civil Rights and African-American Heritage Trail. Each tells the story of Tupelo’s black community and those who fought for equality during the Civil Rights Movement in the 60s. gives visitors a look at Tupelo’s experience during that volatile era.

While exploring the city, it doesn’t take long to see how all the dots connect and the scrappy, resilient Tupelo of the past became the positive, upbeat Tupelo of today. On Tupelo’s Transformational Trail, you can time travel to the past to see where this optimism came from and actually experience its fruits in person as you meet local entrepreneurs and restaurateurs.

“Tupelo is an amazingly supportive environment for small businesses,” said Jeri Carter, one of Tupelo’s modern-day trailblazers. She started Mississippi’s first meadery, Queen’s Reward, in Tupelo. “This encouragement is contagious, and when you get to participate in encouraging others, the positivity grows.”

More stories to watch for on the Transformational Trail

Is there anything more powerful than a Southern woman with a plan? As one myself, I’m a believer! Every visitor to Tupelo should hit up at least a few spots on the Female Entrepreneur Trail. You’ll cover the arts (Caron Gallery, Farmhouse), North Mississippi history (Chickasaw Heritage Mural) and so, so much delicious food at Cafe 212, King Chicken Fillin’ Station and Sweet Tea and Biscuits.

While not officially one of the heritage trails, the Natchez Trace Parkway is 444-miles of scenic drive through Tennessee, Mississippi and Alabama. It more or less follows the Old Natchez Trace, a busy travel corridor used by American Indians, European settlers and colonists. Today it’s part of the National Park System and filled with wildlife, hiking trails, camping opportunities and wildflowers. And of course, it zips right through Tupelo and has the only National Park-serviced visitors center along the whole byway.

Now that I’ve had the tiniest peak at the beauty of the Natchez Trace, you can bet I’m ready to hit the open road in a sassy convertible to drive from end to end!

Where many once bustling Southern towns sit all-but-empty, Tupelo has reinvented itself again and again. When the world turned upside down in WWII, they imported Jersey cows to raise. When one of the most destructive tornadoes in US history tore through town in 1936, they rebuilt stronger than ever. The Chickasaw Nation is back in their homeland, bringing their culture to the forefront in a way that will positively benefit the area for generations to come. You get the idea that no matter what happens, Tupelo will find a way to succeed.

If I ever had the notion to move again, I’d give Tupelo a very close look. Somehow, this town of 38,000 or so has all the energy of a thriving big city, but none of the traffic. A city vibe with a small town heart!

Downtown feels like modern Mayberry, friendly and quaint, but with a wide variety of gourmet restaurants, shopping, art galleries, murals and creativity. In fact, I’m not sure I’ve encountered a small Southern town so skilled at building its past into a future that welcomes growth but preserves its history at the same time.

I did not come across one person who was less than utterly delightful during my whole trip. Generous in spirit, with some of the most molasses-drippin’ southern drawls I’ve ever heard.

I asked folks to tell me something negative about Tupelo. I mean, everyone’s just so friendly and optimistic, embodying the idea that a rising tide lifts all boats.

“Well,” one Tupelonian said, “Sometimes traffic gets a little backed up when the train comes through town.”

Big city me was just bowled over. I got stuck in this train “traffic” very briefly. A car ahead of us honked – and I thought, ah-ha – someone has road rage! But no. The honker was just making sure another driver could get past her and everyone waved with patient gratitude and big smiles.

I thought Tupelo was one of the neatest Southern towns I’ve ever visited. The Tupelo spirit is real, and I’m so glad I got to experience it for myself.

Did you enjoy this guide to Tupelo? If you’ve been before, do you have any suggestions to add? We’re always updating our content with the most useful information. 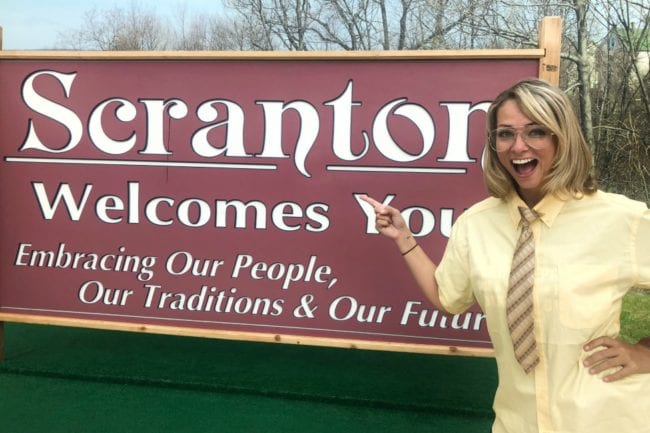 Road Tripping to Scranton Because We are Obsessed with The Office 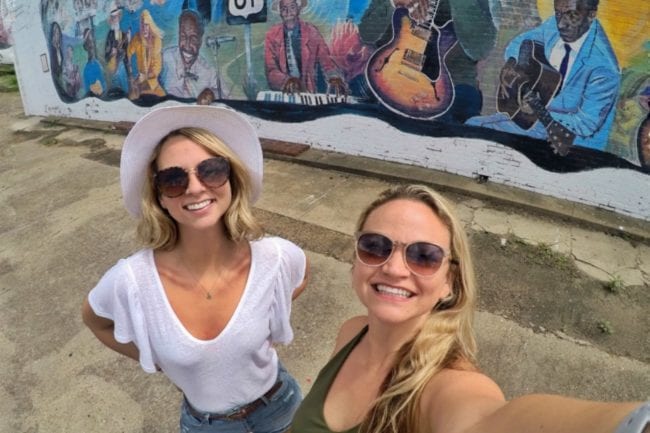 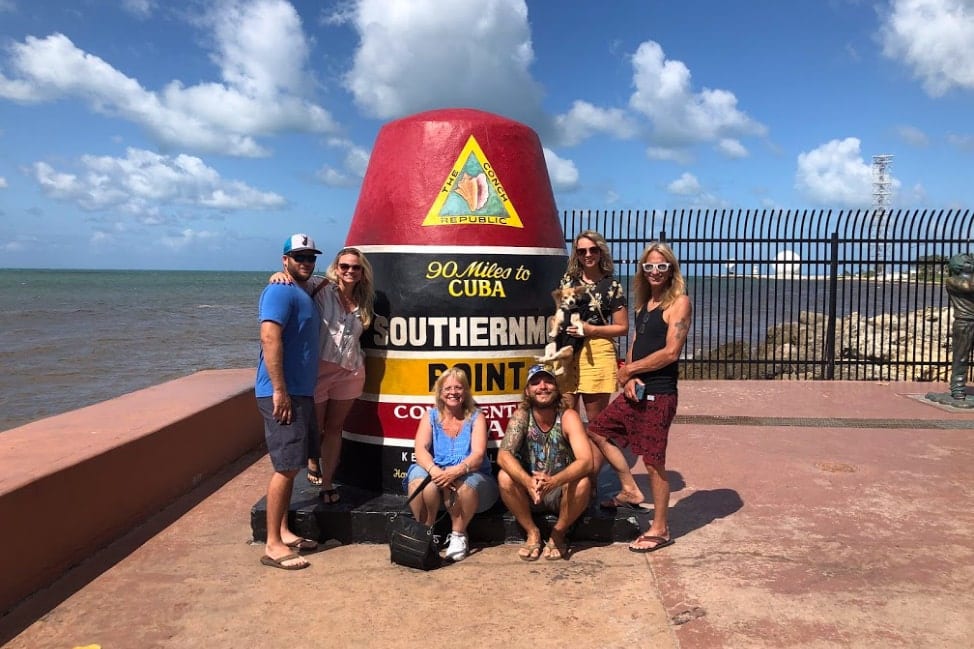 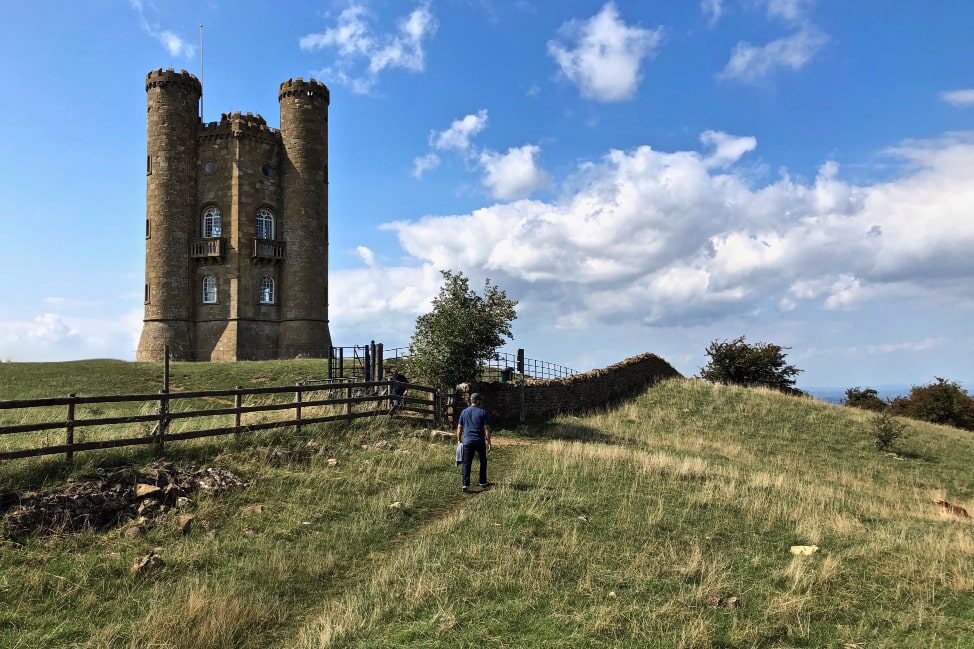 Guide to a Weekend in The Cotswolds