You once were a tiny, non-descript village just a hop-skip-and-a-jump from Jerusalem, and now people around the world sing songs about you every December because a special baby was born within your city limits.

Town of Bethlehem, did you know how famous you’d become?

In those days Caesar Augustus issued a decree that a census should be taken of the entire Roman world. This was the first census that took place while Quirinius was governor of Syria. And everyone went to their own town to register. So Joseph also went up from the town of Nazareth in Galilee to Judea, to Bethlehem the town of David, because he belonged to the house and line of David. Luke 2:1-4

When I was touring Jordan, just across the Dead Sea, and my guide Ibrahim pointed in the direction of the City of David from 50 miles away – my breath caught in my throat.

That’s the place where Jesus was born. Wow. If I was that awed from miles away, certainly the in-person experience would be even more overwhelming.

Fact or Fiction in Bethlehem

My experience in Bethlehem was grotesquely disappointing. To start, the tour guide was an hour late – not a huge surprise in the Middle East, but frustrating nonetheless. Rawrr.

Once the guide finally showed up, there was no apology or explanation for the tardiness, just a gruff “Get in the van, we’re late!” There was no explanation along the way of what was going on as we passed from Israel into the West Bank, Palestinian territory. The only indication I had of a change was the alert my iPhone sends when I cross into a new country and the ever-present machine guns and military presence at the border.

Once the tour began, I realized just how uninformed the guide was about the actual story of the birth of Christ. I’m the first to admit maybe I’m a little too particular about my details due to about 30 years of Bible study, so I try not to be too demanding of those who maybe haven’t had as much instruction, but it was frustrating to see all my other tour-mates gobbling up the false information.

Whether you believe all that is said to have happened in Bethlehem 2000 years ago is truth or not – that’s not the issue – it’s that a tour guide in Bethlehem should probably take a peek at the source material before waxing poetic about the city’s historic roots. Otherwise, what’s the point?

Our guide said, “This is the field where the shepherds spent that first cold Christmas night awaiting the baby Jesus.”

It took everything in me not to yell “False!” in all my Dwight Schrute glory. Two millennia ago, shepherds would not have been keeping watch over their flocks by night outdoors because it was freezing cold. That was a summer or at least temperate spring/fall activity. Christmas as we know it in Northern Hemisphere winter format itself was originally decreed by Emperor Constantine in AD 336, after Christianity was legalized by the Roman Empire.

And there were shepherds living out in the fields nearby, keeping watch over their flocks at night. An angel of the Lord appeared to them, and the glory of the Lord shone around them, and they were terrified. But the angel said to them, “Do not be afraid. I bring you good news that will cause great joy for all the people. Today in the town of David a Savior has been born to you; he is the Messiah, the Lord. This will be a sign to you: You will find a baby wrapped in cloths and lying in a manger.”

Suddenly a great company of the heavenly host appeared with the angel, praising God and saying,

“Glory to God in the highest heaven,and on earth peace to those on whom his favor rests.”

When the angels had left them and gone into heaven, the shepherds said to one another, “Let’s go to Bethlehem and see this thing that has happened, which the Lord has told us about.” Luke 2:8-15

We Three Kings of Orient Are(n’t)

The Three Wise Men Head to Bethlehem… or Not?

The guide told us how three wise men followed a star all the way from Persia, or modern-day Iran/Iraq/the Arabian Peninsula, and presented newborn, 5-lb., 6-oz. baby Jesus fine gifts of gold, frankincense & myrrh. But where do we get the idea that there were three? Probably from Christmas carols written in the 1800s by English guys! It doesn’t say that in the Bible.

After Jesus was born in Bethlehem in Judea, during the time of King Herod, Magi[a] from the east came to Jerusalem and asked, “Where is the one who has been born king of the Jews? We saw his star when it rose and have come to worship him.”

When King Herod heard this he was disturbed, and all Jerusalem with him. When he had called together all the people’s chief priests and teachers of the law, he asked them where the Messiah was to be born. “In Bethlehem in Judea,” they replied, “for this is what the prophet has written:

“But you, Bethlehem, in the land of Judah, are by no means least among the rulers of Judah; for out of you will come a ruler who will shepherd my people Israel.”

Then Herod called the Magi secretly and found out from them the exact time the star had appeared. He sent them to Bethlehem and said, “Go and search carefully for the child. As soon as you find him, report to me, so that I too may go and worship him.”

After they had heard the king, they went on their way, and the star they had seen when it rose went ahead of them until it stopped over the place where the child was. When they saw the star, they were overjoyed. On coming to the house, they saw the child with his mother Mary, and they bowed down and worshiped him. Then they opened their treasures and presented him with gifts of gold, frankincense and myrrh. And having been warned in a dream not to go back to Herod, they returned to their country by another route.

So we don’t know how many kings, magi, wise men or astronomers there really were. All we know is that a group of very smart mystic dudes showed up to visit Jesus, Mary and Joseph and when they left, they didn’t go back to King Herod as they’d promised.

And while it really doesn’t make much of a difference in the story if there were three or 33 wise men, my guide was so adamant that there were three – he had names for them and everything – that it made me wonder where in the world he was getting his information. And it cast doubt on everything else he said…

Was Jesus Really Born in a Manger in Bethlehem?

And there’s another wrench in the story and in just about every Nativity scene ever created. Jesus was not a newborn when the wise men finally found him. It would’ve taken the caravan of magi a while to research the star they saw and determine what it meant, they would’ve had to organize a caravan and guards, they would’ve had to make the trek – which could’ve been anywhere from 900-1200 miles depending on where the fellas actually hailed from, and they made a stop in to chat with the paranoid and unstable King Herod.

By the time the magi finally arrived, Jesus may have been up to two years old! We know that he probably wasn’t any older than that because Joseph, Mary and Jesus fled when Herod, the governor of the region at the time, ordered all baby boys under 2 years old in Bethlehem killed. He wanted to make sure no Messiah ever came out of Bethlehem as it was prophesied. But of course, Jesus & his crew got out in time and peaced out to Egypt.

And there were other issues… our guide tried to pass off the massive, ornate Church of the Nativity as a structure that was somehow there when Jesus was born… what?! I’m not theologian or historian, but I can reasonably guarantee the manger/cave where Jesus was born was not made of gold, it did not rest on a gilded star on the floor nor was it couched in a creepy dark basement of a grand cathedral.

You wouldn’t know that Jesus never had a diaper change within the walls though, because enthusiastic tourists from all over the world were rubbing dish towels and souvenirs purchased from the stalls outside over every visible surface, hoping to glean some holiness from the site to take home.

On top of the guide being so uninformed, which really just threw me off, I was really put off by the commercialization of the city. Every shop sold tacky Jesus souvenirs (and some sold lovely homemade gifts, of course) and I just had such an icky feeling while I was there. Obviously I’m emotionally attached to the story so seeing people with no concern for its sanctity was upsetting, but I guess this is one instance where my travel expectations just couldn’t live up to the reality.

Do you think I am being too particular? If I’d taken a tour of Jane Austen’s home and the guide got her sister’s name wrong or if I’d visited Platform 9 3/4 in London and my guide took me to the wrong train station, I’d be just as annoyed. If you’re a tour guide, I think the major point of your job is to impart correct information… right?!

As a traveler, I’m not hard to please. I’m rarely disappointed with new destinations. In fact, I think I find that more often than not I am impressed and surprised and delighted. This past year I’ve felt that way frequently in Bologna, Umbria, Costa Brava, Prague, Switzerland and Jordan.

But perhaps since I hold such attachment in my heart to the events that took place in Bethlehem, perhaps I just expected too much sanctity and too much purity and awe in a town that felt neither holy nor pure or awesome. (Don’t get me wrong – it wasn’t Vegas, but it just felt like the polar opposite of what I expected.)

Am I being too hard on my tour guide? Have you ever had a guide tell you facts you knew weren’t correct? Would you tip in that situation? (I still tipped him of course. Mercy & forgiveness, right?)

Tieks Shoes – Are They Really The Perfect Travel Shoe?
Come to Morocco with Intrepid Travel & Me!
SHARE AWAY
JUMP TO COMMENTS

Reflections from the Road | Vol. 22 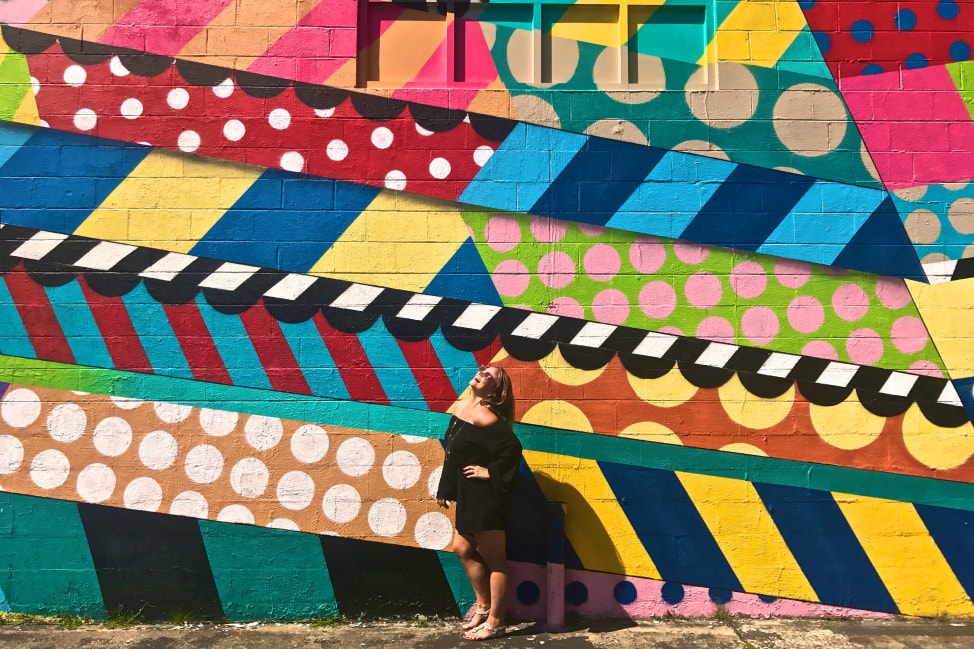 Reflections from the Road | Vol. 32

Packing for Long Term Travel | What I Could’ve Left Behind